I couldn't sleep last night so, as the hazy moon was shining through my window, I got up at silly o'clock this morning and waited for a break in the clouds. Eventually it came and I took some shots of this waning gibbous moon. This one has turned out to be one of the sharpest moon photos I have ever taken. 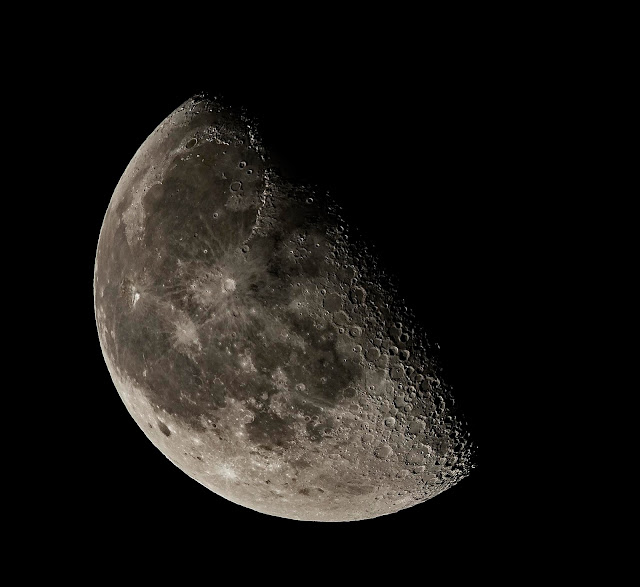 But as the sky cleared I decided to also have a go at some tracked shots and I was quite pleased to get my first image of the Ring Nebula (Messier 57) even though it's far from perfect.  The Ring Nebula (is a planetary nebula in the northern constellation of Lyra. Such objects are formed when a shell of ionized gas is expelled into the surrounding interstellar medium by a star at in the last stages of its evolution before becoming a white dwarf. 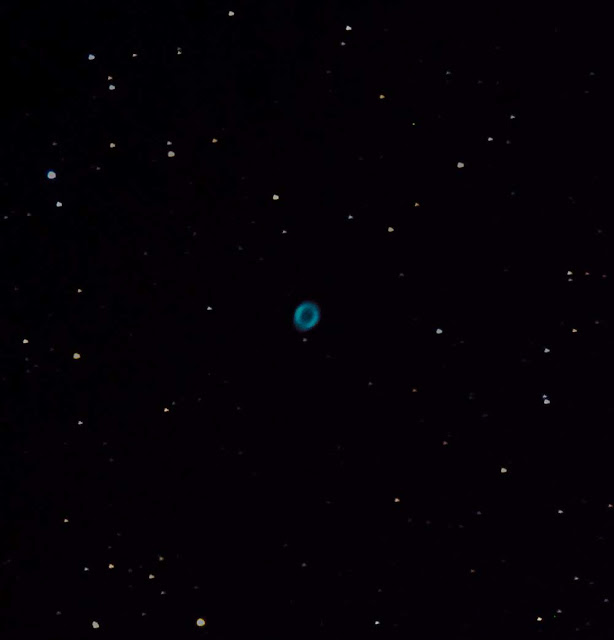 Bode's Galaxy is a spiral galaxy about 12 million light-years away, with a diameter of 90,000 light years, about half the size of the Milky Way, in the constellation Ursa Major. Due to its proximity to Earth, large size, and active galactic nucleus (which harbours a supermassive black hole), Messier 81 has been studied extensively by professional astronomers.

Next onto the Hercules Globular Cluster (Messier 13). This globular cluster consists of several hundred thousand stars in the constellation of Hercules. It's sometimes called the Great Globular Cluster in Hercules. 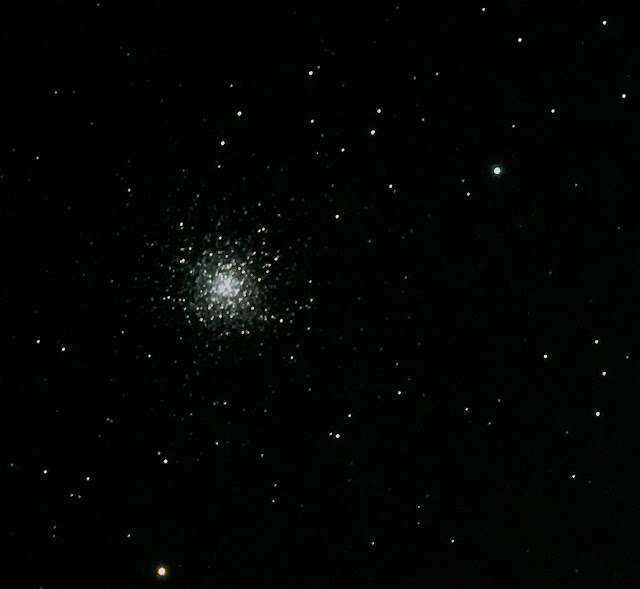 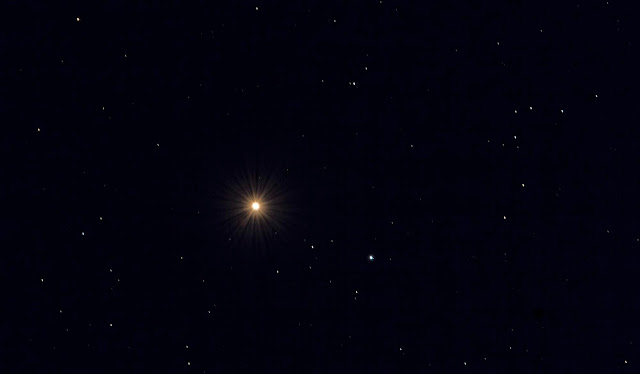 Vega has been extensively studied by astronomers, leading it to be termed “arguably the next most important star in the sky after the Sun”. Vega was the northern pole star around 12,000 BC and will be so again around the year 13,727. It was one of the first stars whose distance was estimated through parallax measurements. 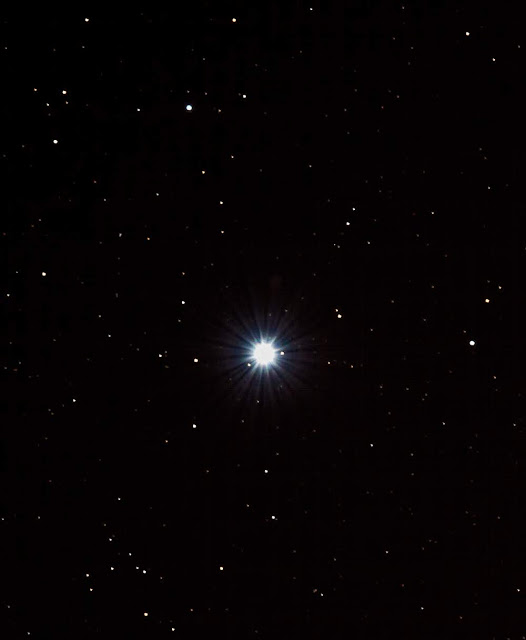 And finally a quick snap of the Whirlpool Galaxy and friend (Messier 51). The Whirlpool Galaxy was the first galaxy to be classified as a spiral galaxy. It lies in the constellation Canes Venatici where it is interacting with a smaller companion galaxy. Sometimes the designation M51 is used to refer to the pair of galaxies, in which case the individual galaxies may be referred to as M51a and M51b.

But by now it was starting to get light so I struggled getting a decent image of these two galaxies. This is definitely a deep sky object to which I will be returning. 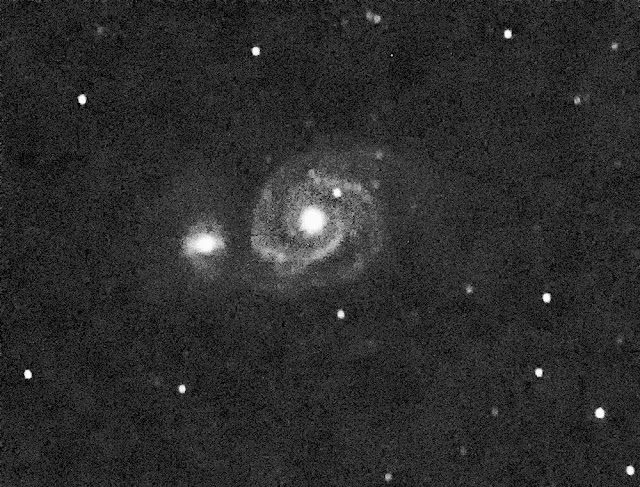 Individually, some of my images don't look much, but when viewed as a collection they start to show how varied and immense the universe really is. And boy do the constellations look different so early in the morning!