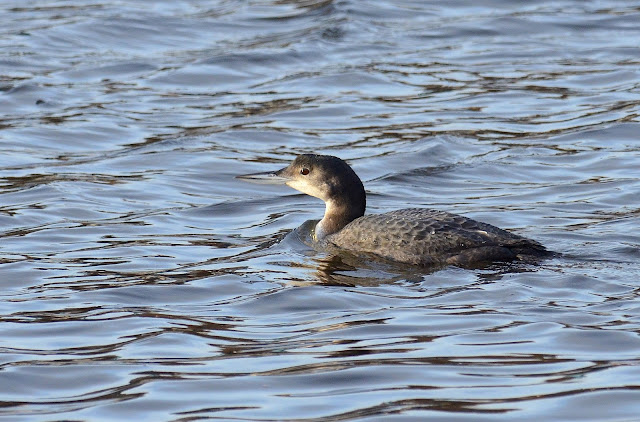 The last few months have seen Great Northern Divers popping up in several places around North West England including Elton Reservoir in Bury, the Marine Lakes at Southport and West Kirby, Audenshaw Reservoir, Castleshaw Reservoir near Oldham and our very own Salford Quays.  I went for the Elton bird in a very windy October and have posted on this one previously, but as the one in Salford promised closer views I decided to have a look. 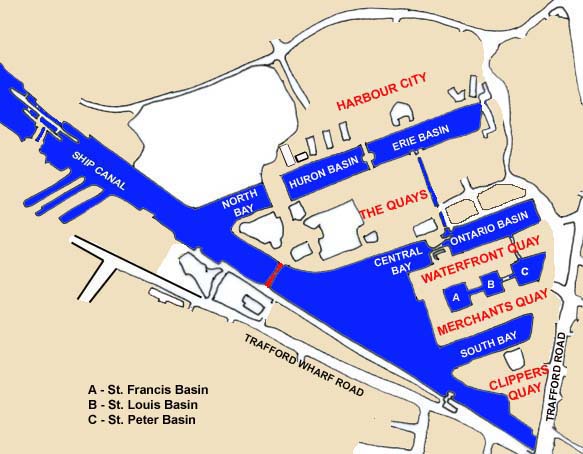 Parking for free at Salford Quays is almost impossible - the Lowry Outlet Centre car park is free for the first hour but that's not long enough unless you know exactly where the bird is and it's close by. However I did manage to find a spot on the Manchester United side of the Quays in a semi-derelict pub car park called Sam Platt's which is right by the waterside facing Clipper's Quay and South Bay. 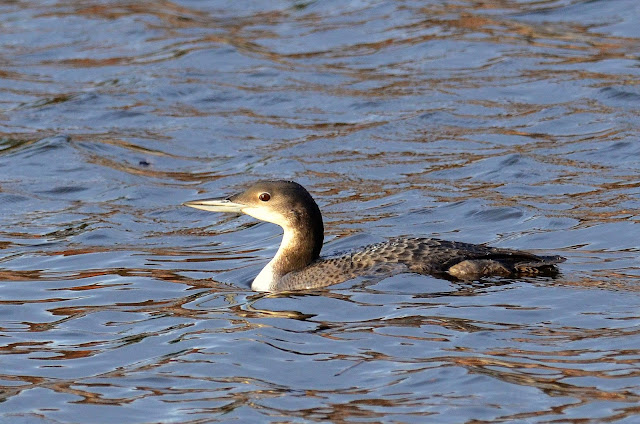 I spent 20 minutes scanning for the bird from the walkway near where I parked the car, whilst also scanning for other people looking for it. With no luck at first, I met a couple who said they had seen it briefly on the opposite side of Central Bay near Waterfront Quay, but they couldn't presently see it. After another 15 minutes of scanning and I found it in Central Bay and it seems that it had been swimming in and out of the inlets around here, perhaps sometimes even going through into Ontario Basin. 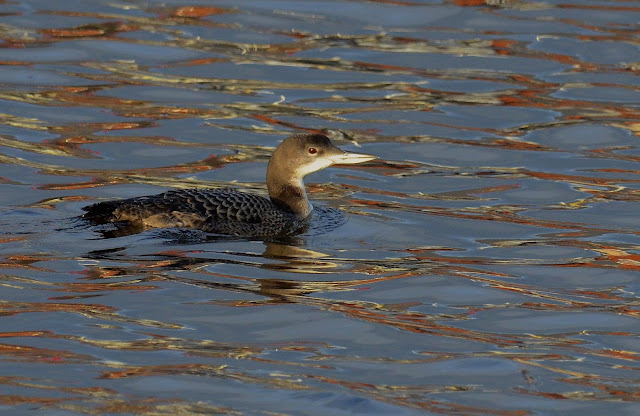 As I wasn't going to get a good photo from here, I decided to walk round to the Watersports Centre on the opposite side via the Lowry footbridge, where I was eventually rewarded with some close views and some incredible red water reflections, which I thought were very appropriate for the Christmas season. 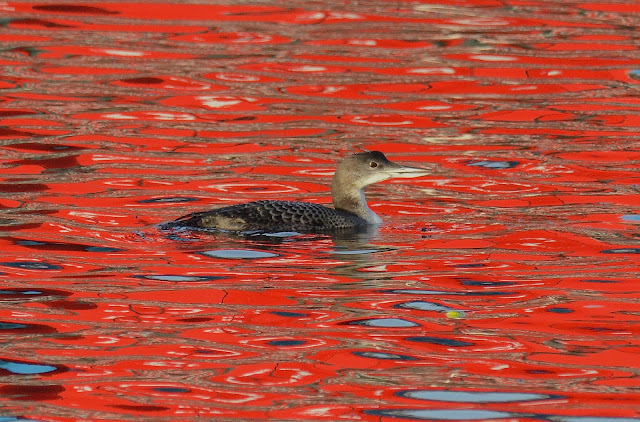 The red colour is completely natural with no photo-editing, it's just the reflection of the Helly Hanson building's walls on the water.  The position of the sun was just right to get these shots. 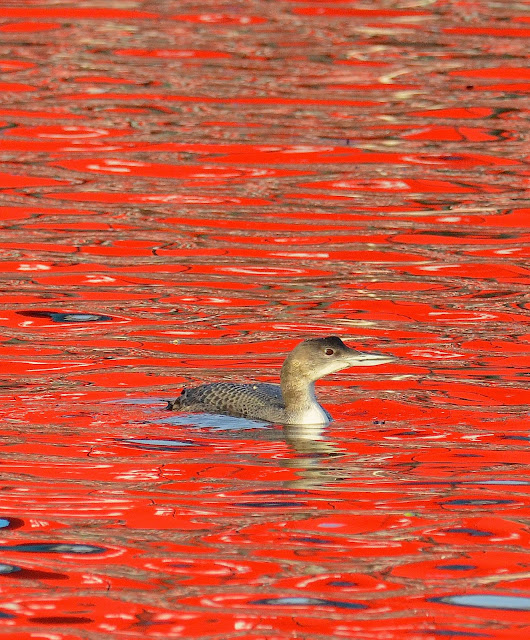 Although I never got ridiculously close to the Great Northern Diver, I'm quite pleased with the way most of the shots turned out.  I even used one as my Christmas Card message on Facebook. 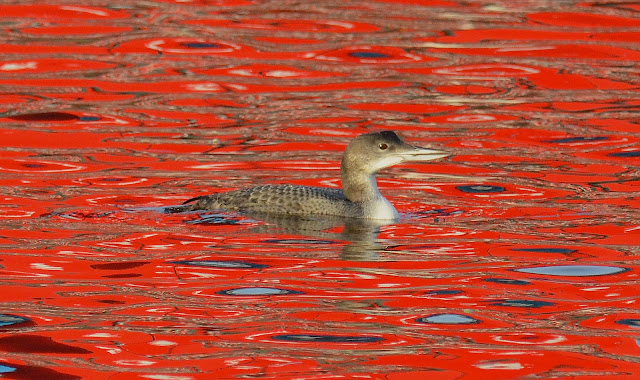