A Trip to Walton-le-Dale Sewage Works

A Firecrest has been reported regularly outside the water treatment works gates in Walton-le-Dale and so because it had stayed around I thought there would be a good chance of seeing it.  Unfortunately I couldn't find it although someone else did see it whilst I was there, and it has been reported since. 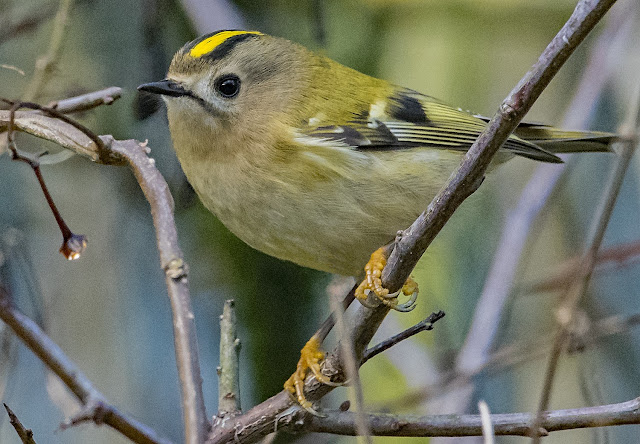 However, there were several Goldcrests and Chiffchaffs around as well as other common woodland birds. So, because I managed to get my best ever photos of a Goldcrest today, the trip wasn't totally wasted after all. 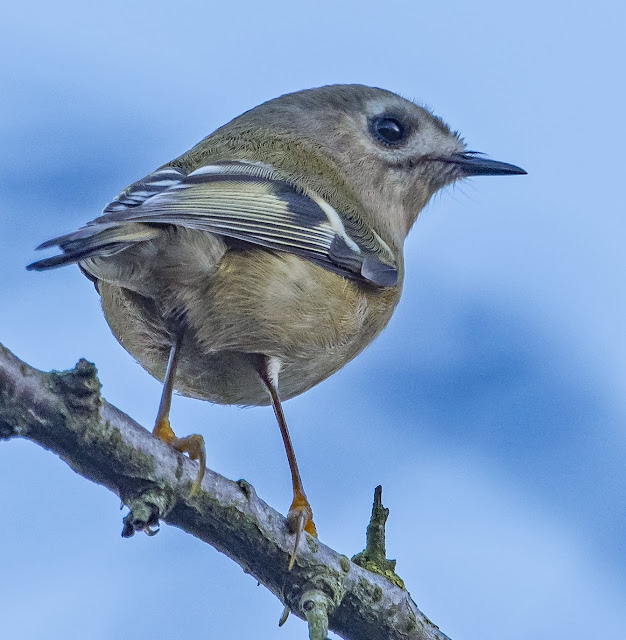 Posted by GeekTeacher at 22:18 No comments:

No, it's not that girl I went to school with - it's a place on the east coast of Lincolnshire and I can't believe that I've only just discovered it!

Another Day on the Wirral

Winter is the time that Short-Eared Owls return to the Dee Estuary from their breeding grounds in the mountains and moorlands.  Lunt Meadows in Sefton was the Mecca for photographers wishing to get good Owl shots a couple of years ago, but since then they have not been so regular or obliging.

This year, Denhall Quay in Little Neston on the Wirral has been the best place for photos so far and so this is where I headed today. 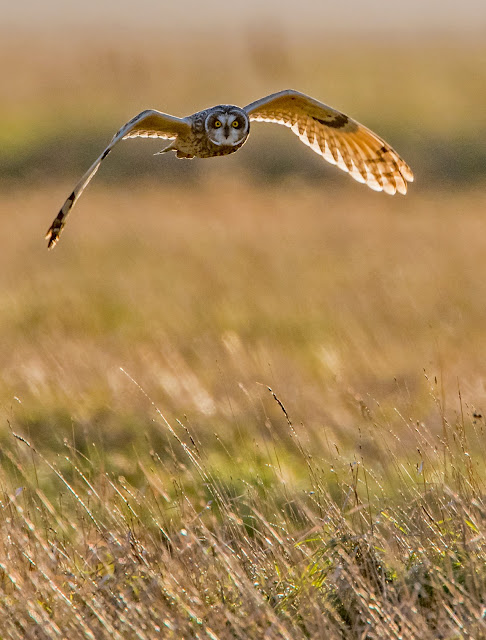 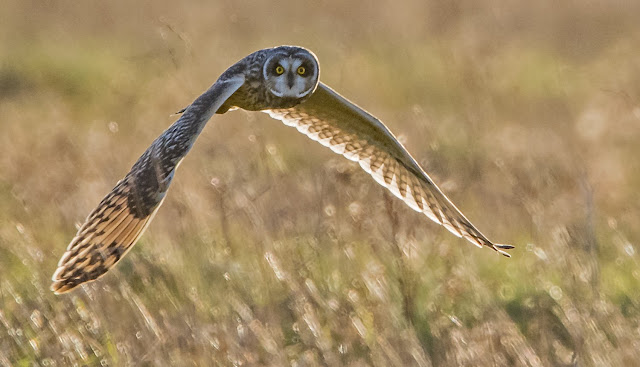 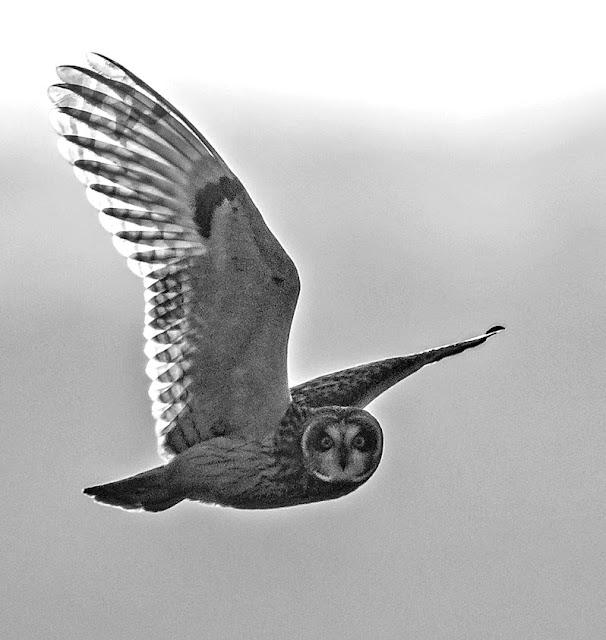 A Trip to North Wales

After seeing some shots of Brambling, Siskin and Lesser Redpoll by Paul Lee on Facebook, I decided that it was time to spend some more time in the Welsh hills around Llyn Brenig. And it just so happened that Graeme Robertson was thinking along the same lines, so we arranged to meet on the Visitors' Centre car park at around 9am today.

Unfortunately, the promise of sunshine never materialised in the morning and we spent most of the time here in dull drizzle, which made photography difficult. There were plenty of birds around including these Lesser Redpolls, Siskins, Coal Tits, Blue Tits, Great Tits, Chaffinches and one Robin.

The aim was to try to get decent shots of the birds in the tree, rather than on the feeders, but they were so fast and active that this was also proved to be very difficult.

We only saw one male Brambling high up in a tree, with perhaps a female underneath it, but they never came down to the alder tree with the feeders in it. So what do you do when there's nothing else to see? Take a photo of a Robin of course, and here's one dong its best Wren impression.

From Llyn Brenig we went on to Dyserth near Rhuddlin to track down the famous Dippers which frequent the area around the waterfall here.  There was plenty of evidence of their presence in the form of white droppings on the rocks at the foot of the waterfall and it didn't take long before I'd spotted one in the channel a little downstream from the waterfall. However, after a couple of shots it was off flying further downstream for a while and then back upstream under a little road bridge to the waterfall area.

I am told that there are at least one pair regularly here and so this is definitely a place I'll come back to when I have more time to sit and wait for the birds to come to me.


Our final destination for the day was Denhall Quay on the Wirral in the hope of seeing some Short-eared Owls hunting on the high tide.  There were plenty of other birders around when we arrived and unfortunately, plenty of dog walkers traversing the marsh.  We had decent scope views of a couple of Marsh Harriers quartering and a Peregrine Falcon sat on a pole, and the ever present Kestrels were also seen a few times.  There were plenty of Little Egrets and Crows about, with lots of waders and various Gulls along the river channels. But everything was pretty distant, so there were no real photo opportunities.  Perhaps the best sight was the hundred of Goldfinches that were flitting around in large flocks before setting down to feed on the grasses.
Posted by GeekTeacher at 23:52 No comments: