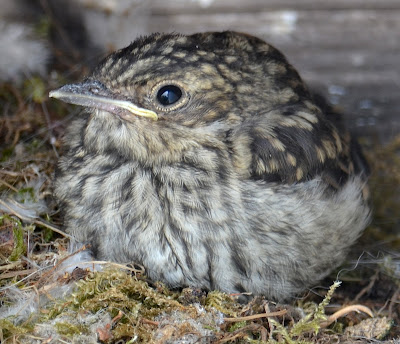 Well, I've just got back from two weeks holiday in Normandy, France and as you can imagine I've got a mountain of photos to get through. But first I need to clear some of the May to July backlog that I had before I even went away! So starting today I'll be adding a few posts with photos in the chronological order in which I took them, which means you'll need to scroll down and perhaps even click on 'Older Posts' at the bottom of the page to view them.

But just as a taster of my visit to France, here's a few photos of a Spotted Flycatcher and its young which were nesting in the eves of our rented house - the two young birds fledged whilst we were there and this made my holiday. 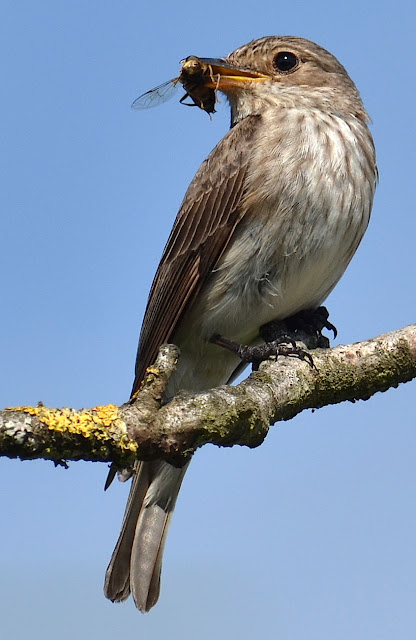 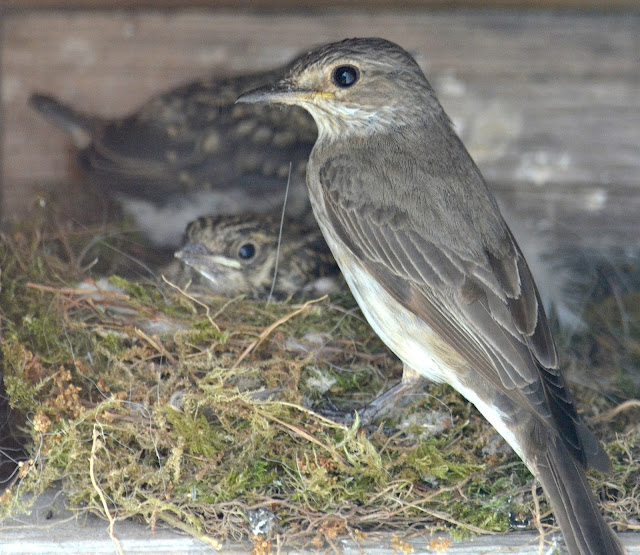 My backlog of photos includes:
Short Movies to be inlcuded