Hoping for a Hoopoe

Two birds of my most-wanted birds for sometime now have been the Wryneck and the Hoopoe.  Well I got a Wryneck only 30 minutes from my home last month so now I was looking out for a Hoopoe. Since I've been birding, I've only known of a couple of opportunities to see one in the UK and they were a bit too far to travel.  So when one of these lovely exotic birds appeared in West Yorkshire this week, it was too good a chance to miss. 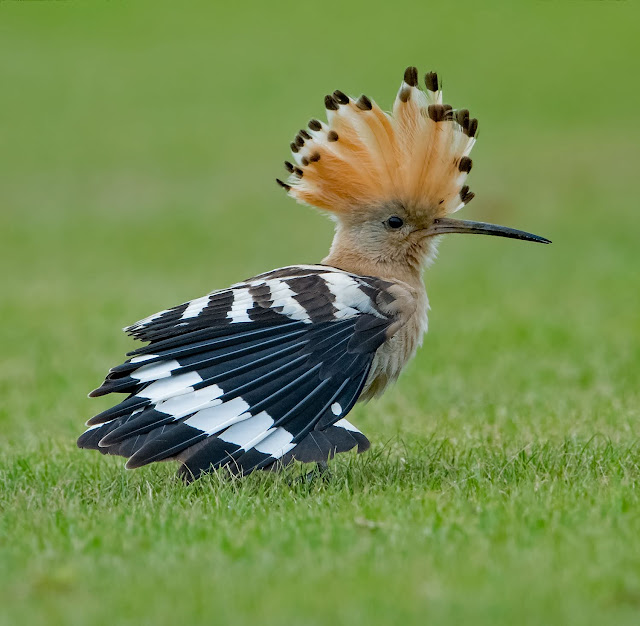 I'm not really a twitcher, preferring to take the opportunities of seeing a rare bird only if they crop up within about a two hour drive from home. I have occasionally gone further, but with a backup plan of what I'll do if the bird is no longer present - birds can fly you know, and often do! So a longer twitch often involves planning an overnight stay and a visit to a nature reserve which I wouldn't normally get to see. 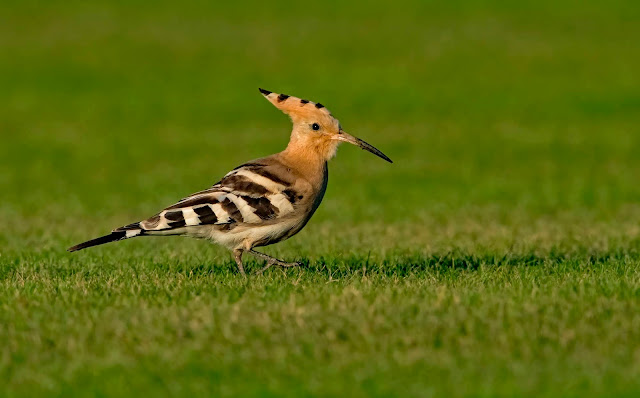 However, for this bird no such planning was needed - I just jumped in the car and drove up the M62 and A1/M1 for about an hour and twenty minutes and there it was.  And I mean literally there it WAS!  I parked the car in a suburban street, walked down a ginnel for about five minutes to the Collingham and Linton Cricket Club and there was the bird was feeding on the outfield of the pitch in front of a crowd of about fifteen people. Easy-peasy and just the way I like it! 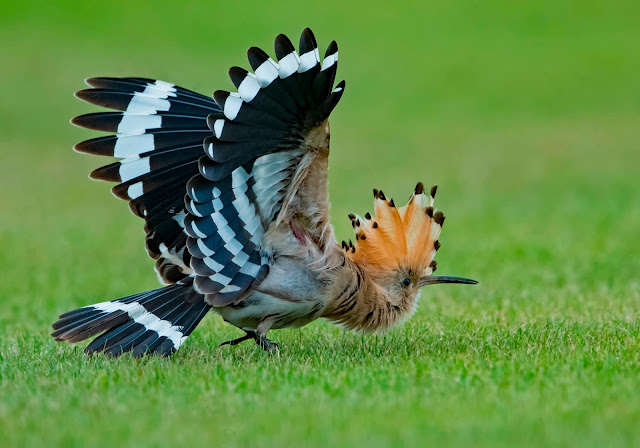 The light conditions were variable throughout the day but the bird was never very far away and it was easy to lie done on the grass verges just outside the pitch boundary perimeter to get some low profile shots.  It was feeding voraciously on bugs and grubs in the grass and could maintain extended periods of spearing the soil with its long, decurved beak, rarely moving off with out finding something to eat.  This is well demonstrated in the video below:


The UK is the northern limit of the Hoopoe's range and they are more commonly seen on the south and east coasts of England.  They winter in Africa and migrate to Spain, France and other parts of the Mediterranean in the spring and so occasionally get blown further north to the UK due to prevailing weather systems.  On average we get around 100 birds each year, but they don't breed here in the UK. 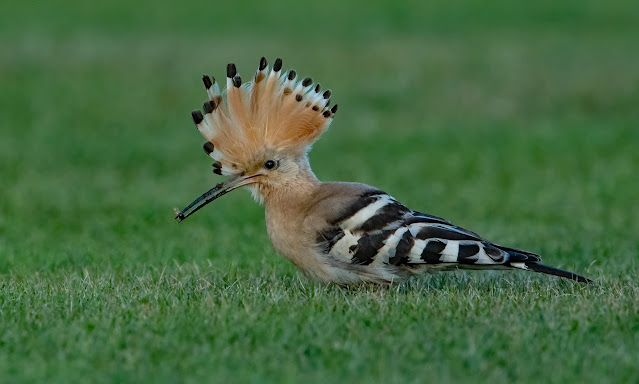 It really is an exotic looking bird with its orange-coloured crest, brownish neck, shoulders and breast and black and white barred wing feathers.  You can easily see why it drew such a crowd - it's no 'little brown job'. Since posting my photos on Facebook many people have said they are commonly seen abroad, particularly in Spain and France and often on golf courses. Well, as I have never done and don't intend on ever doing any birding abroad, I wasn't going to see them there, so I was really pleased when this little beauty came to see me! 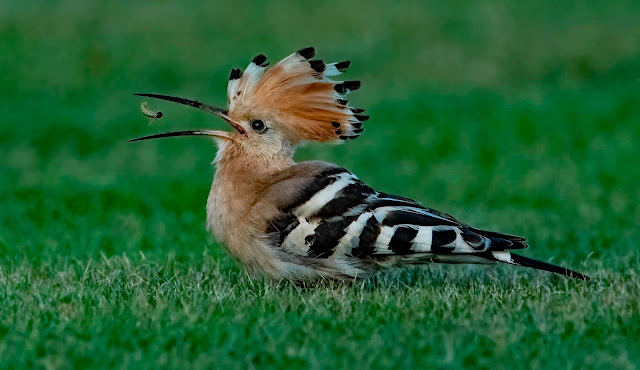 Posted by GeekTeacher at 21:53 No comments: