Funny how your plans for a day out birding can completely change within a short space of time.  I needed to take my wife Sarah into Southport this morning as part of her paramedic course and so, with the promise of Spoonbill, Cattle Egret, Common Sandpiper and a few other birds, I decided to tie it in with a bit of birding at the local reserve of Marshside RSPB. 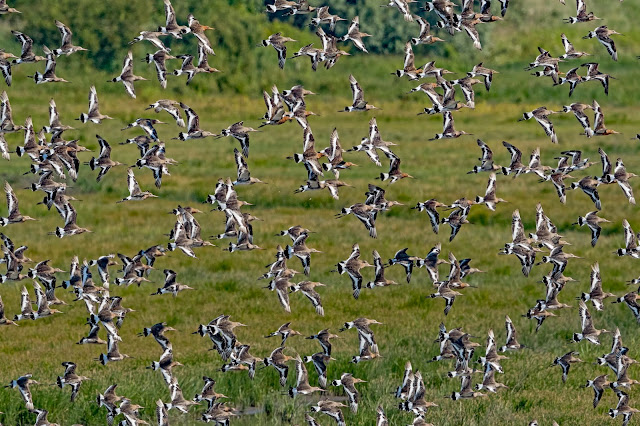 However, the weather has been blazing for the last two weeks and I really don't like being out in the full sun, whether I'm birding or not. But with harsh light and dark shadows, I find taking photographs even more difficult. 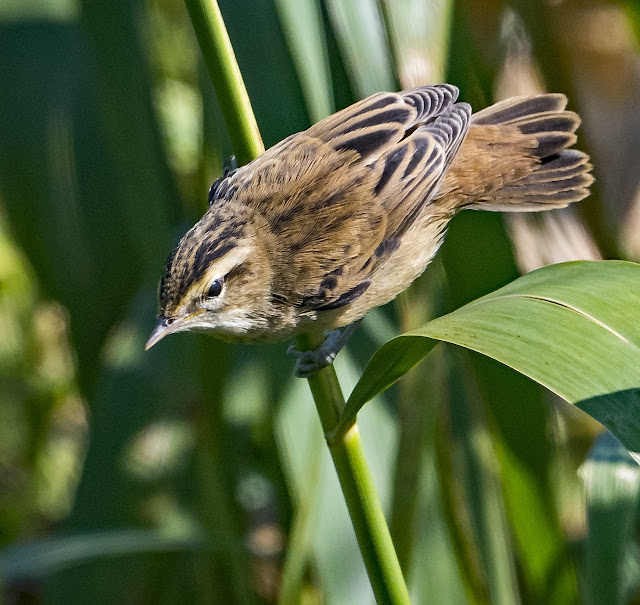 So, after spending only around a hour at Marshside and seeing very little apart from the semi-resident Black-tailed Godwits and a young Sedge Warbler family, I decided to head for Mere Sands Wood Nature Reserve a little further up the road in Rufford where at least there would be some shelter from the sun. 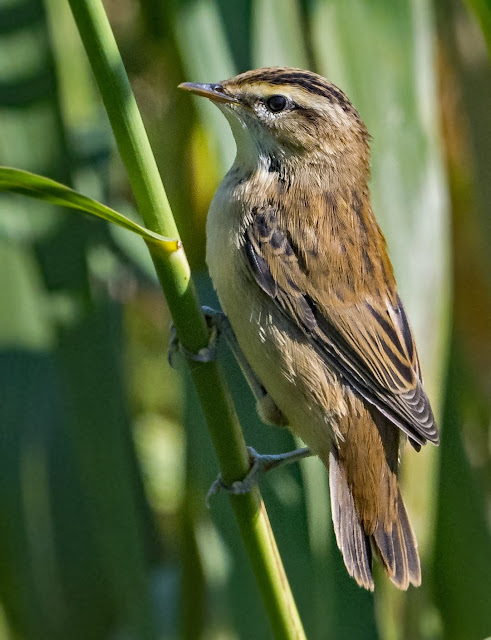 It was to prove to be a good move as on my way to the main large Hide (Rufford) I came across a three people staring up at a tree where a Great Spotted Woodpecker was trying to encourage a youngster to fledge without much luck.  Unfortunately we were looking straight into the light and so taking photographs was difficult, but I did manage a few. 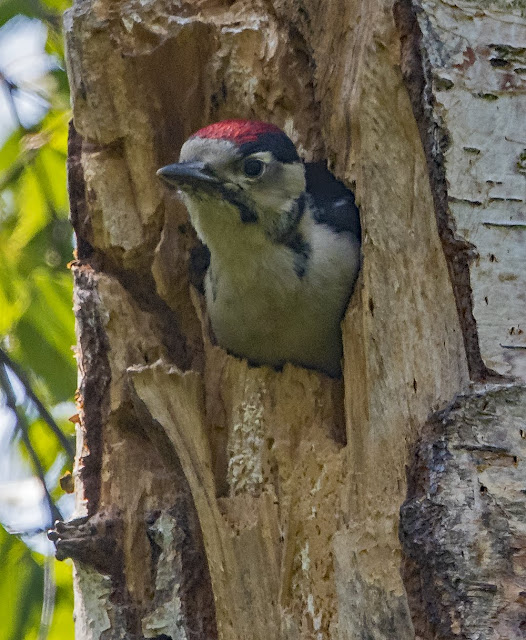 It seems that there had been two chicks in the nest hole and one had edged earlier, but the one that was eft in the hole was behaving like a real adolescent - it just wouldn't get put of bed!  I took a few shots of  the chick with its head partly out of the hole, but as I started to get bitten by insects, I decided to head for the hide. 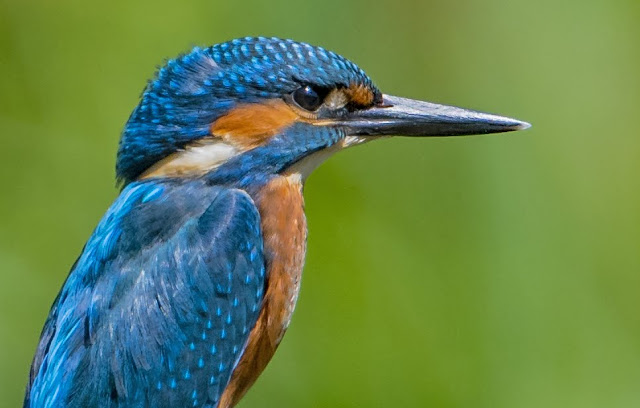 I knew from recent Facebook posts that a Kingfisher family had been seen feeding on the posts and branches in front of the hide, and it didn't take long before a male bird appeared. And then, at intervals of up to 45 minutes, it came back a few times whilst we lay in wait. 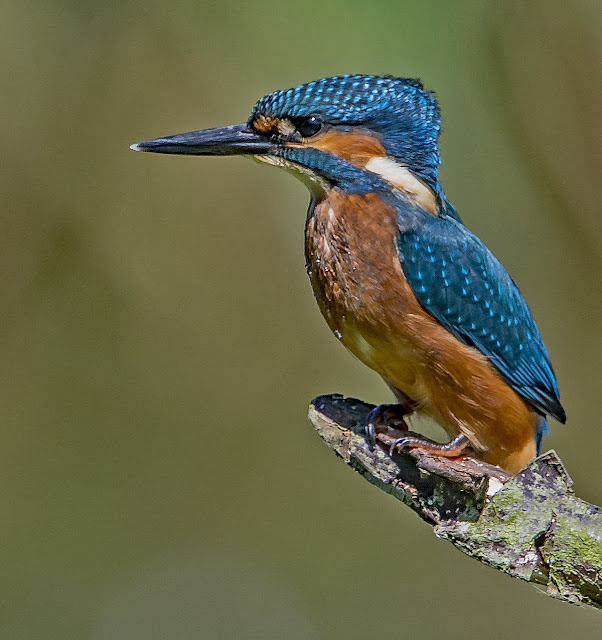 After talking to him for a good half hour, I suddenly realised that the person sitting next to me was Geoffrey Pain, a Facebook friend who I had first met in the same hide in February last year. Back then it was cold so we were all dressed up in winter gear with caps and hats, so we just didn't recognise each other at first.  Geoffrey didn't hesitate to remind me that on our last meeting he had waited all day for the Bittern to show well, and it only did after he had left - and that's what I got the best Bittern photographs I have ever taken! 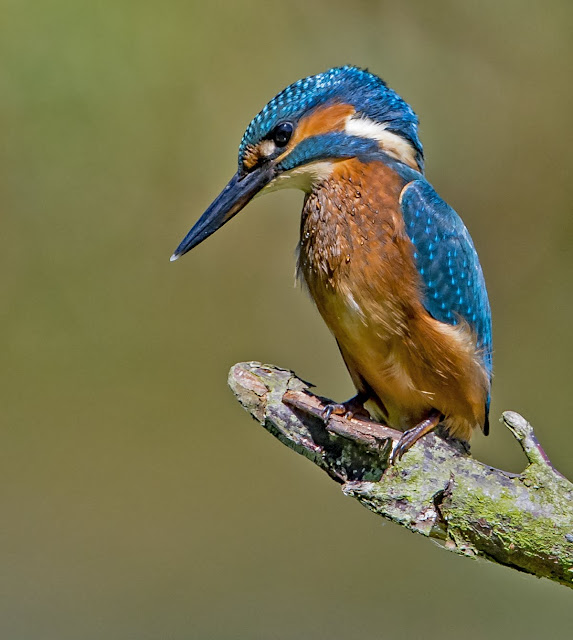 A little later we were joined by Meg Steele and her friend who had stayed at the Woodpecker nest site to see if the youngster would fledge.  It hadn't but they did get some great photos of all three birds (the adult, a fledged youngster and the one still in the nest hole) all on the tree outside the nest hole. 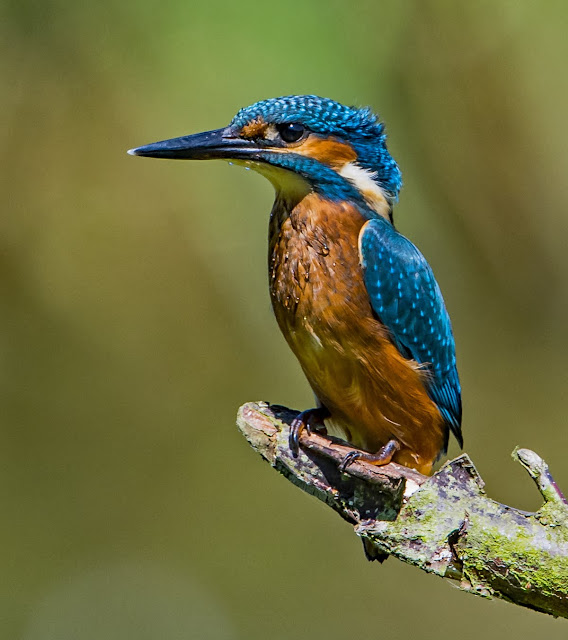 So after a couple of hours with he Kingfisher, I decided to head for home via the Woodpecker nest, to see if there had been any further developments. I stayed for about half an hour and did get some shots of the adult trying to coax the youngster out with food, but it was still in the hole as I left at 3pm. 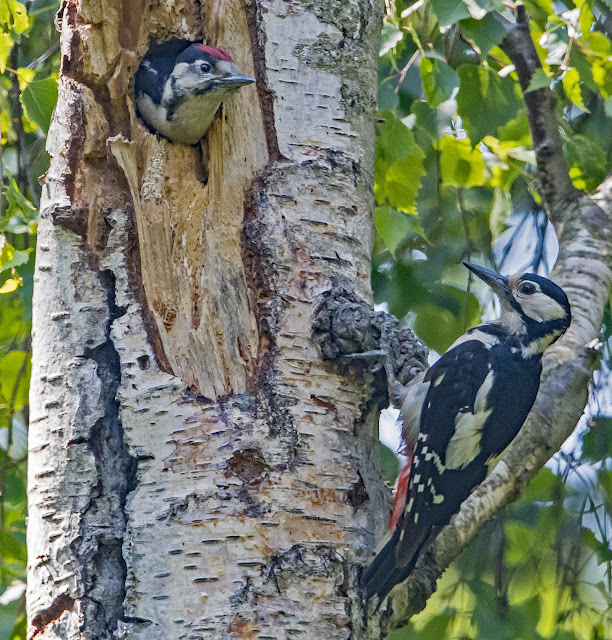 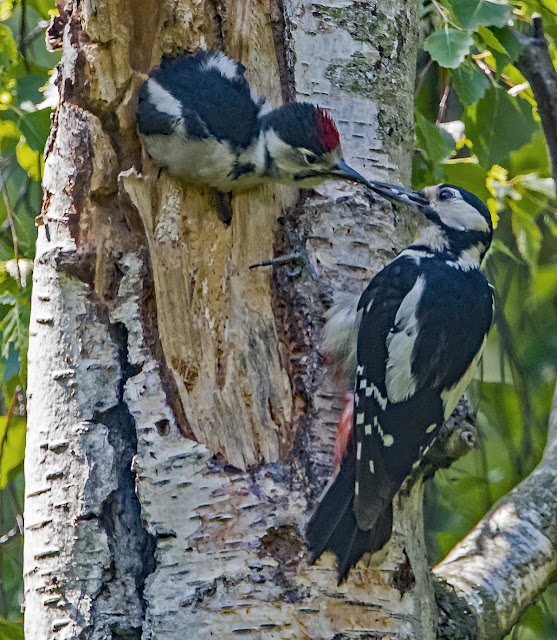 Posted by GeekTeacher at 20:57 No comments:

After a late start and a very frustrating journey down due to and accident and roadworks on the A64 , I finally arrived at Wykeham Raptor Viewpoint close to Scarborough in Yorkshire at around midday. The sighting reports had suggested that 10am until 2pm were the best times to see my target bird, the Honey Buzzard, a breeding summer visitor to the UK.

Here are record shots of a Male and Female Honey Buzzard - Lifer! 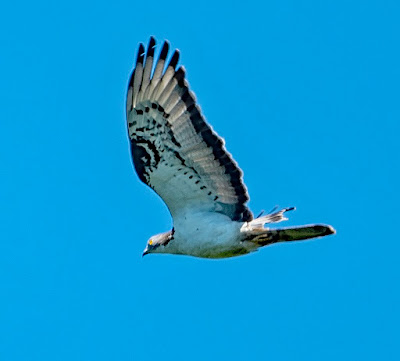 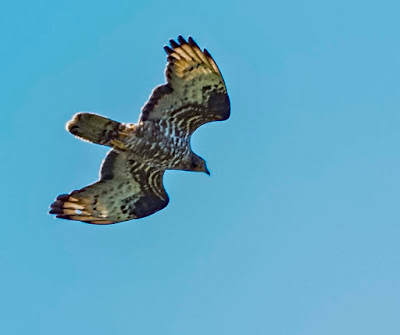 And my bonus bird was this Tree Pipit, which just happens to be another Lifer for me! 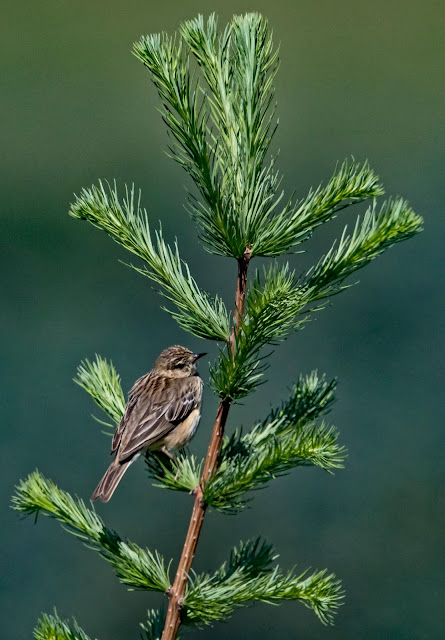 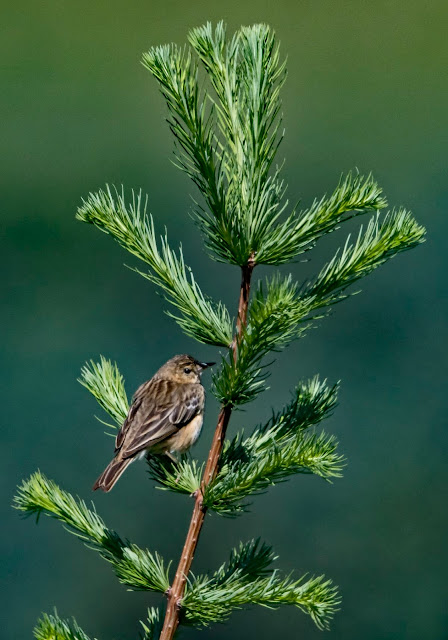 On my way home I visited Huddersfield which is a short drive off the M62 - not out of choice though - the motorway was closed between junctions 25 and 26 and so I had to divert.

Posted by GeekTeacher at 23:54 No comments:

I need to write this four day trip up soon

I visited:
Posted by GeekTeacher at 09:58 No comments:

Is it OK to edit photographs to improve an image?  It's not's something I do very often (mainly because I'm not very good at it) but once in a while a photo seems to call out for a bit of tweaking.  That's what I thought with this recent Cuckoo shot anyway. As long as it's not faking what happened or what I saw, I think it's perfectly acceptable to do this - after all it's only what darkroom photographers have done for years to improve shots.  I'll let you be the judge.


Posted by GeekTeacher at 10:13 No comments: