It has been a longhand ambition of mine to get a photo of a full moon near or behind the pithead winding gear at Astley Green Colliery.  I have tried several times but it didn't take long to realise that I'd need to do a blended composite of two images to get the correct exposure and desired effect.

Astley Green Colliery has the only surviving headgear and engine house on what was the Lancashire coalfield. The headgear is made from wrought iron lattice girders with rivetted plates at the joints. It has two large and one small wheel mounted at the top. It is nearly 30 metres (98 ft) high and was built by Head Wrightson of Stockton-on-Tees and completed by 1912. 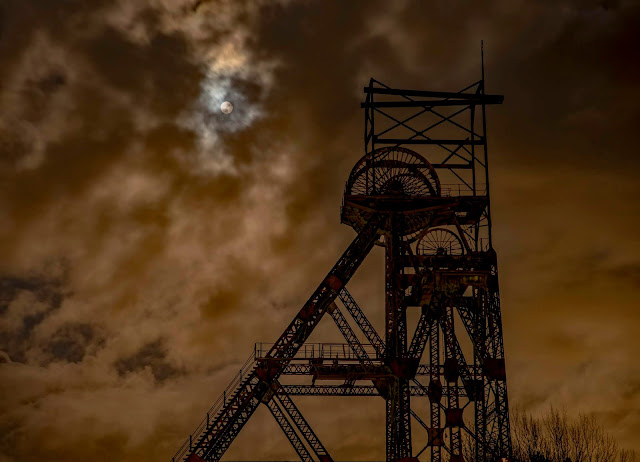 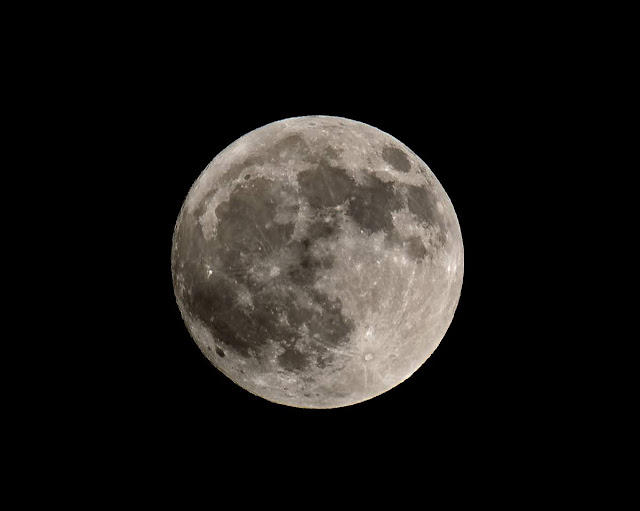 When I got home I decided to get some (almost) full moon shots from my front garden before the clouds rolled in again. 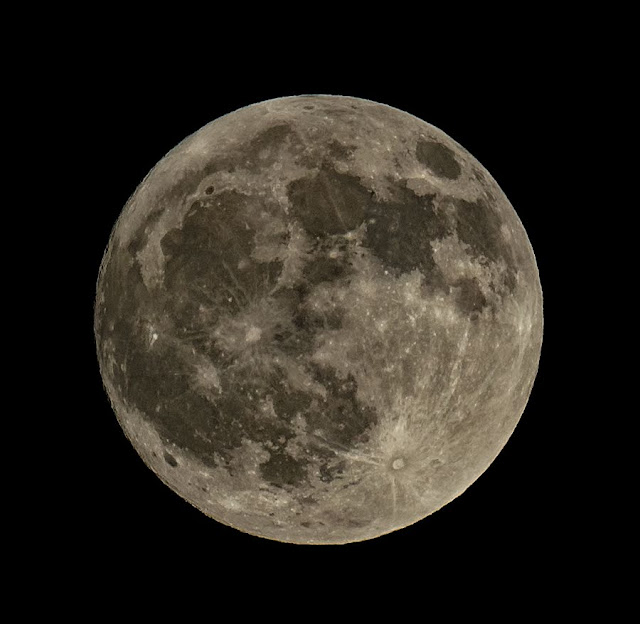