Third Time Lucky for Another Lifer 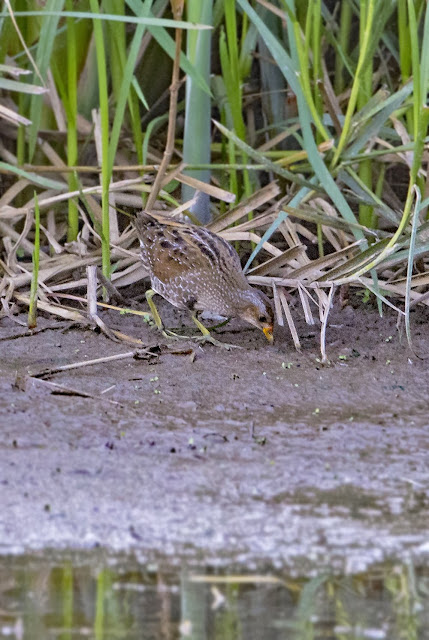 It's always nice to get another lifer, particularly when you have to work hard to see it. It was third time lucky for me with this Spotted Crake at Burton Mere Wetlands RSPB - perhaps even fourth if you count the fact that I'd spent a couple of hours trying in the morning trying to see it before returning at 6pm to finally get lucky at around 7pm as the sun was dropping down. Fortunately it was a beautiful evening and despite the little bird being amongst the reeds and in the shadows, I managed to get this record shot. 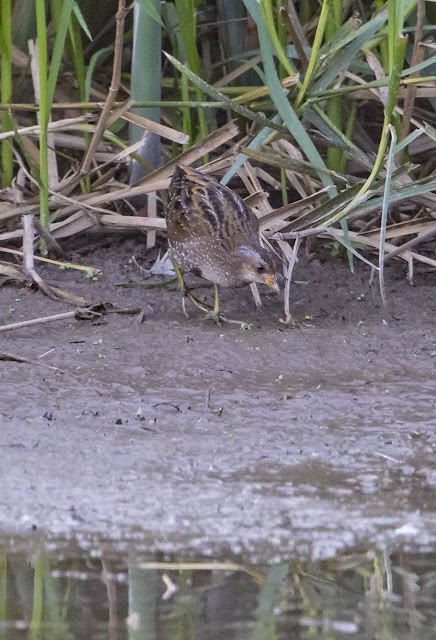 There was also a Green Sandpiper on the reception pool and strangely enough I haven't had a good view of one this year until now. 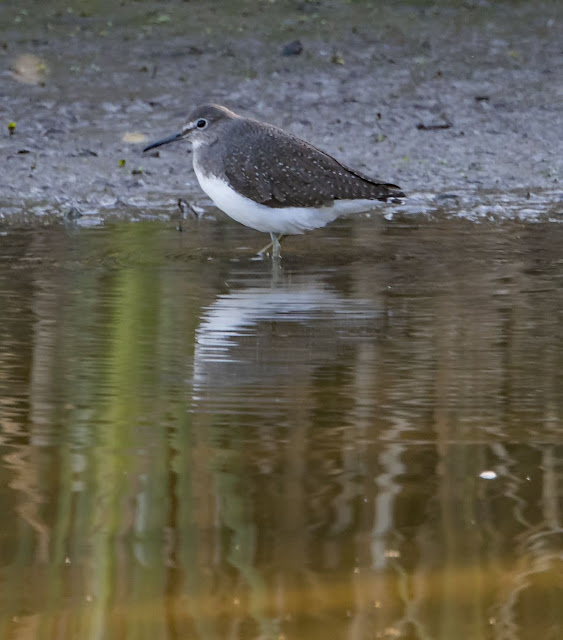 The lighting conditions kept changing and so the colours in these record shots vary quite a bit. 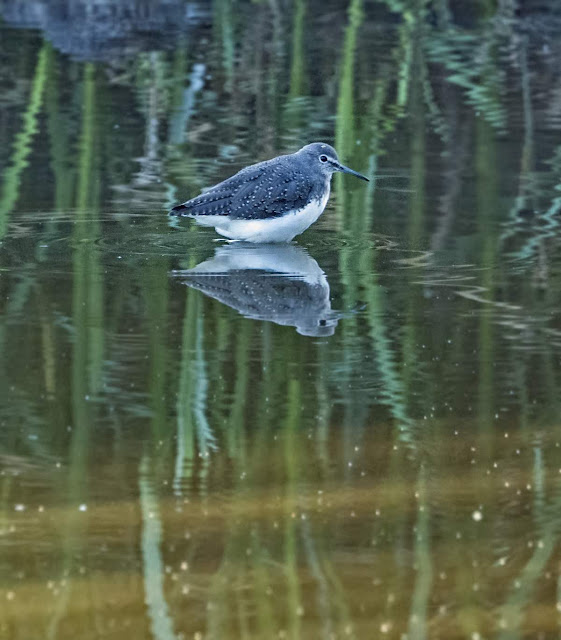 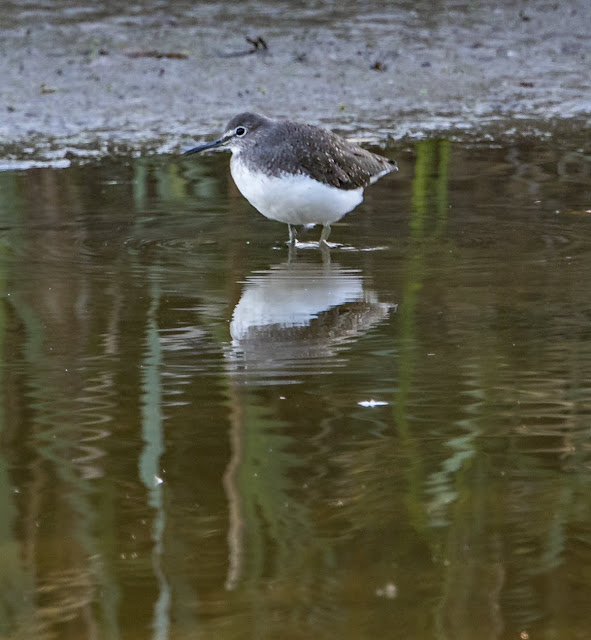 Yet another Grey Heron Shot - YAGHS! Well, you've got to do something while you're standing around for hours waiting to get a very brief glimpse of a Spotted Crake! And Grey Herons are the 'Robins of the Water' photographically speaking. 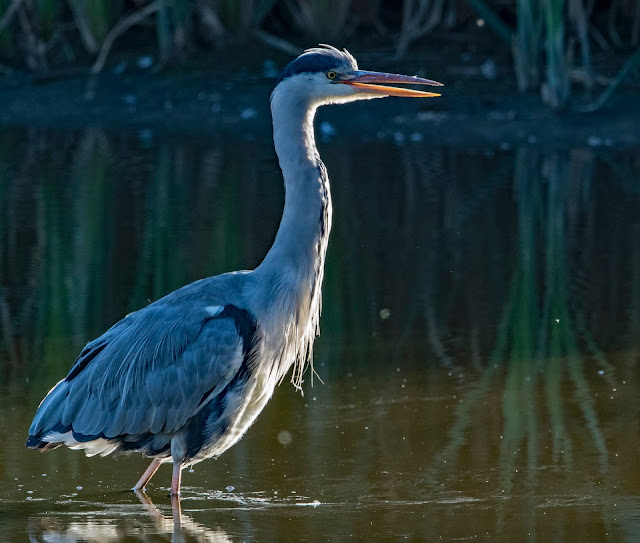 I also took these Meadow Pipit shots out on Burton Marsh at Denhall Quay earlier in the afternoon. There was very little else about part from a solitary Marsh Harrier, the occasional Little Egret and a few Gulls. 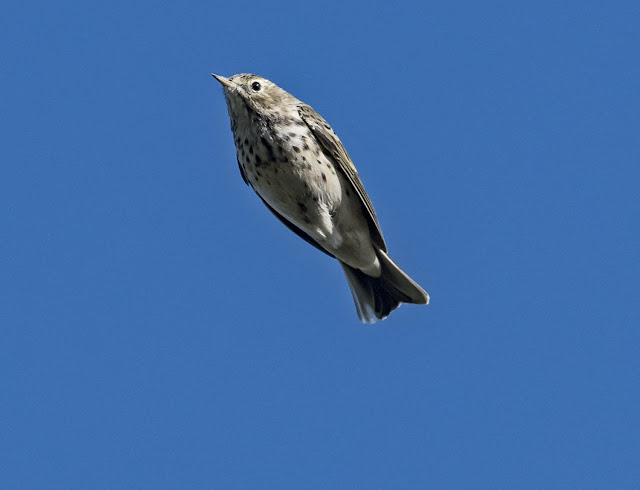 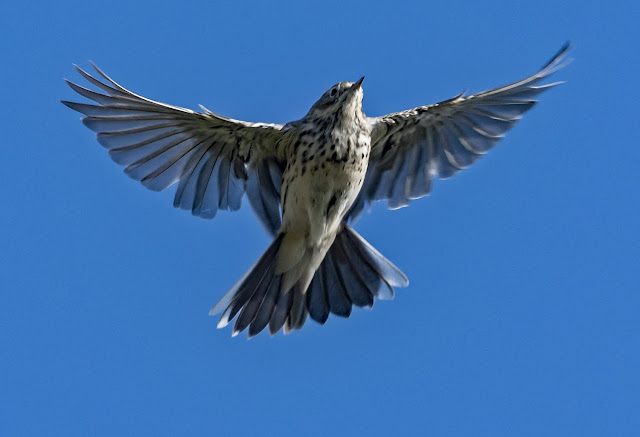 Posted by GeekTeacher at 19:37 No comments: 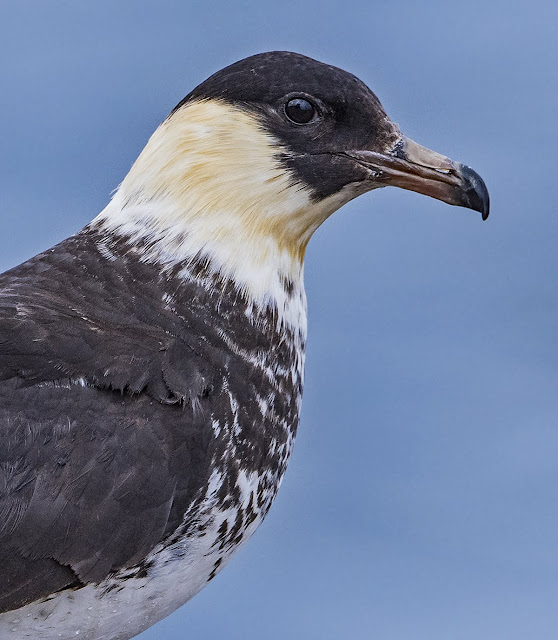 And besides the seaside I was when I picked up my first ever Pom - a superb Pomarine Skua which was at South Gare on the northern tip of Coatham Beach in the old seaside resort of Redcar. 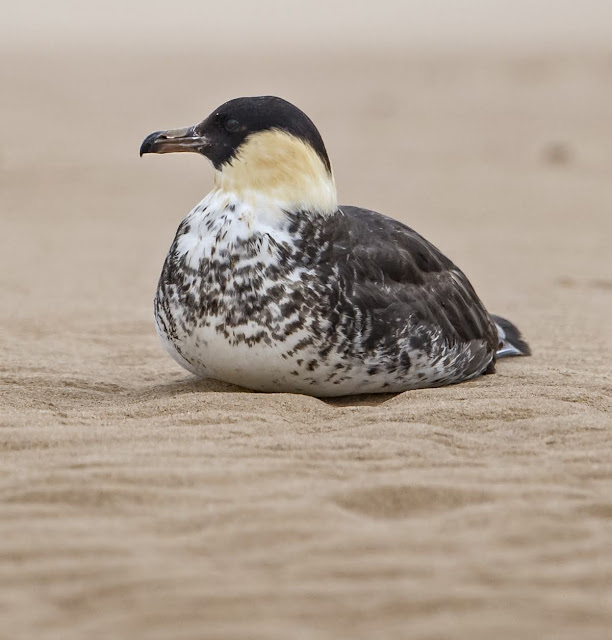 This wasn't strictly a 'twitch' as I was visiting my son Robert in his new house in Sunderland this week and so it would have been rude not to call in on this beautiful seabird which had been frequenting the area for the last few days.  I've never seen one before as they are usually either way out to sea or in the far north of the UK. 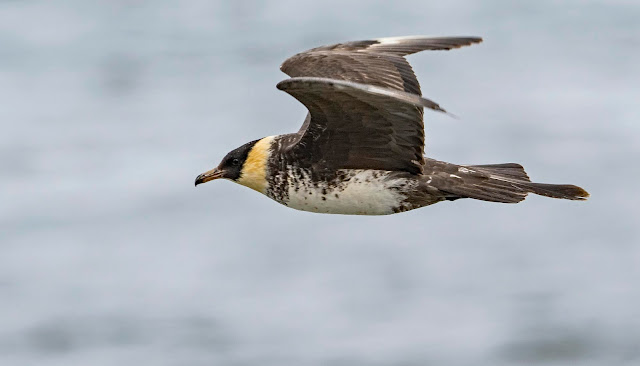 I paid two visits to South Gare to see it, the first with my wife Sarah on the way up to Sunderland and the second on my own the next day when I could spend more time on trying to get a good photograph. The above photograph shows off the birds tail feathers which are often called 'spoons'. 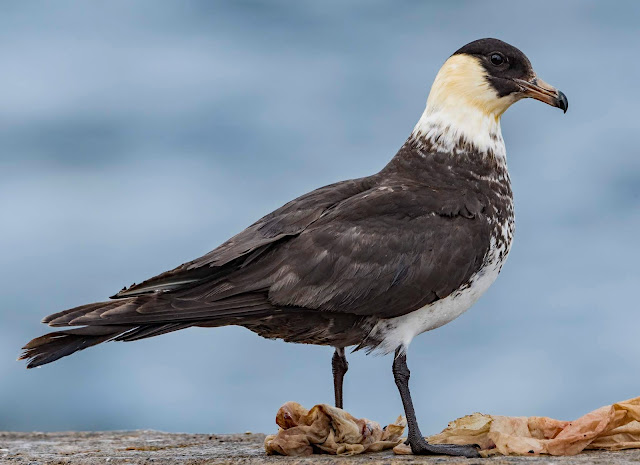 The bird had been coming in close to the fishermen on the breakwater who were gutting the fish they'd caught and throwing the entrails back into the sea to feed the sprats, crabs and other small fish. There was obviously plenty of food for it here and so it had no immediate need to move on. 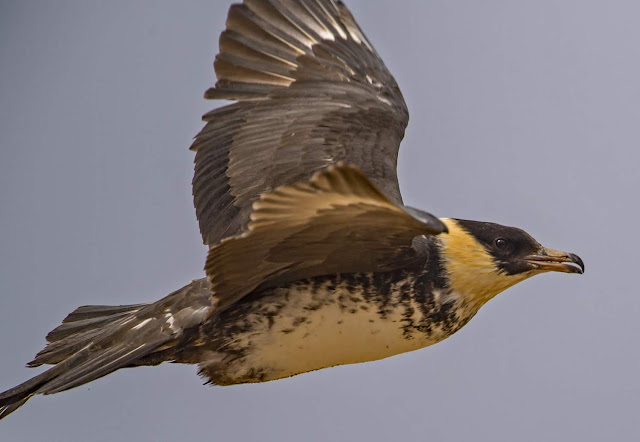 The bird looked perfectly healthy to me part from its outermost primary feather on its left wing tip, which was either damaged or moulting.  This didn't seem to have any effect whatsoever on its ability to fly. 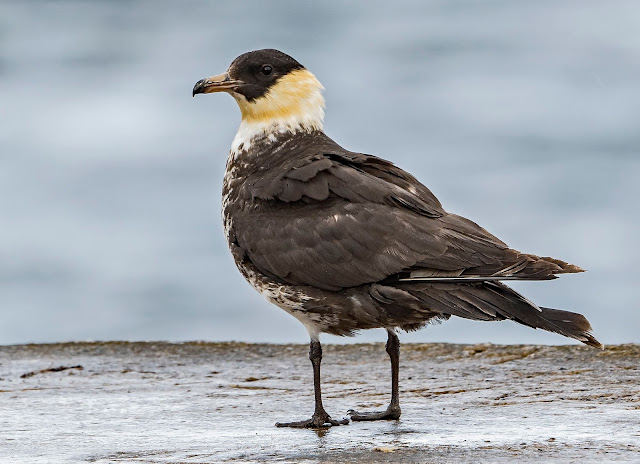 My closest and best views were when it came down on to the breakwater looking for scraps of food left by the fishermen. 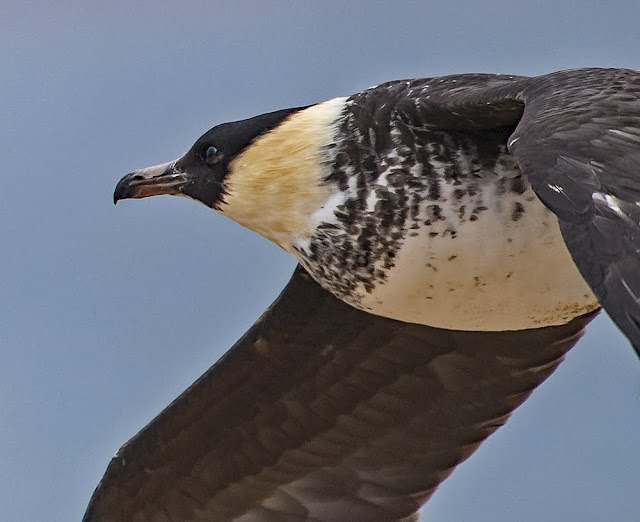 My final view of this magnificent bird was on the lovely Coatham Beach as it roosted in front of some Oystercatchers at high tide.  What a great experience!

Posted by GeekTeacher at 23:22 No comments:

Here's the best of the rest from my visit to see the Pomarine Skua at South Gare near Redcar.  Most of these shots were taken from Coatham Beach on the southern side of the breakwater.

Posted by GeekTeacher at 22:33 No comments:

I went out on another pelagic trip in Liverpool Bay with Richard Steel and the crew in the hope of getting some better seabird photographs than those taken on my last visit.

Posted by GeekTeacher at 22:26 No comments: