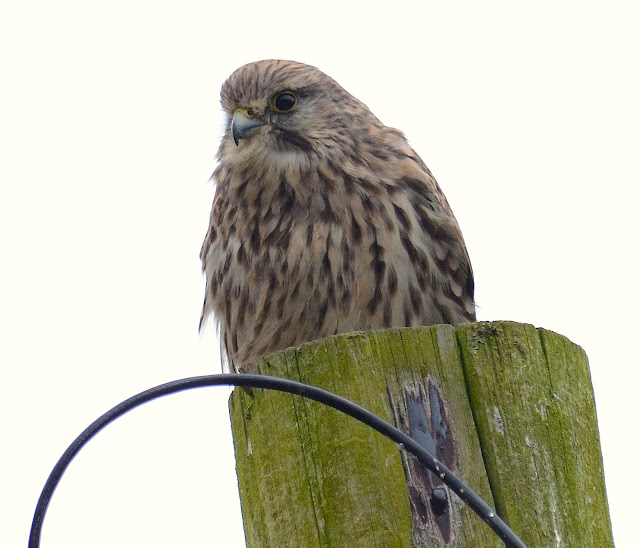 Here's the only half-decent shots of a Kestrel I got whilst out on a quick trip down Rindle Road in Astley on a very grey and dismal day today. Sorry about the grainy photos but there was very little light. 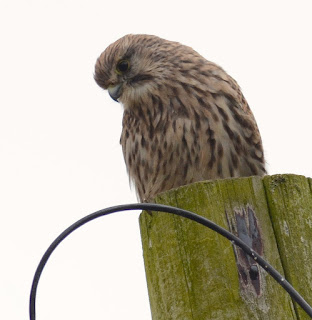 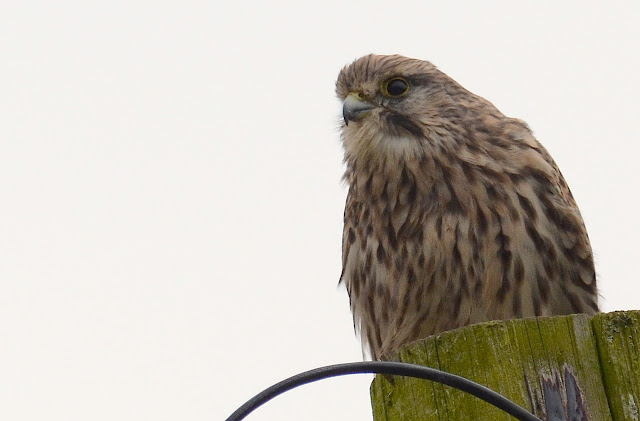 A trip to Pennington Flash today produced very few decent photographs today, or so I thought. However, when I finally got round to processing them I was quite pleased to come across this one of a Nuthatch, one of very few that were in focus as the bird doesn't stay still for long: 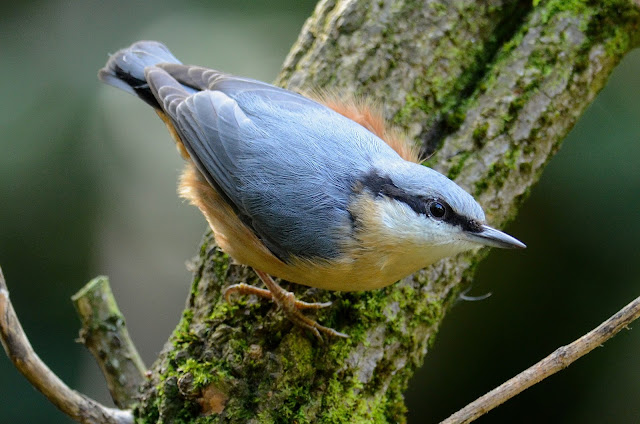 Ainsdale Beach is one of my favourite places to see wader flocks especially on high tides, and since having my camera serviced and repaired I've been desperate to go there. However, car trouble has prevented me from going very far from home until today, when I decided to risk it.  I was trying to get there about an hour before high tide because this is when the birds are gradually pushed in to the shore, but as it turned out I only managed to get there as the tide peaked.

When I arrived I was very disappointed to discover that the gates to the beach were locked, when every other time I've been in the winter months (October to April) it had been possible to drive on to the beach and park for free.  It wasn't too much of a problem today though, as with fewer people about I could park quite close to the gates. 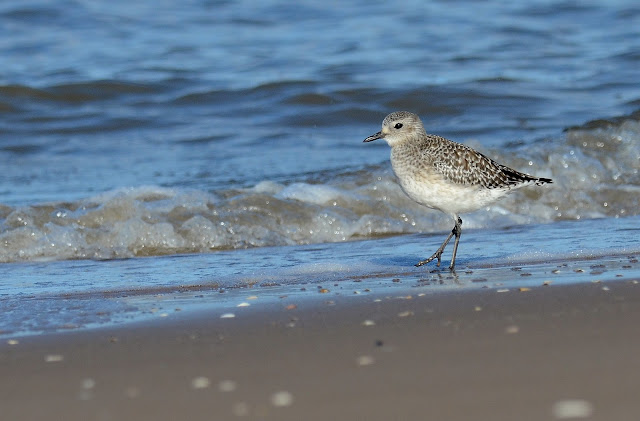 My main target bird was the Grey Plover as seen here and I managed to get these shots almost as soon as I had arrived. Little did I know that bar some Sanderlings and a few gulls, these would be all the photos I'd get today thanks to a couple of thoughtless dog walkers. 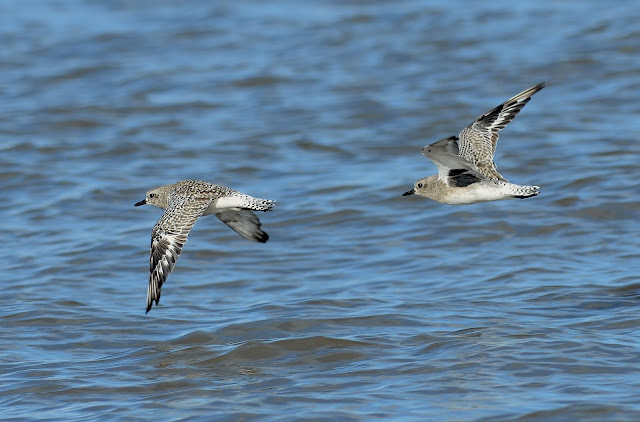 The dog walkers to whom I referred earlier were walking down the edge of the sea putting up large flocks of roosting birds one at a time. They didn't just do it once, but continued walking until four large groups had taken flight before they simply turned round and walked back.  There was absolutely no point in doing this and they could have walked a little further up the beach without disturbing any of the birds. 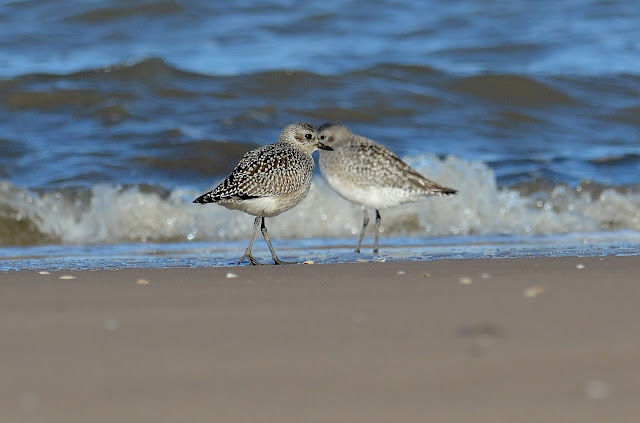 For the most part they were completely oblivious of me walking a hundred metres behind with a camera and a tripod, but at one point they did turn round and look at me before continuing doing the same thing along the shoreline. I have no problem with dog walkers on a beach as it must be very pleasurable for them, but I do have a problem with those people who disturb the wildlife just because it's there. Thoughtless, mindless, antisocial behaviour by those old enough to know better. Rant over ..... ! 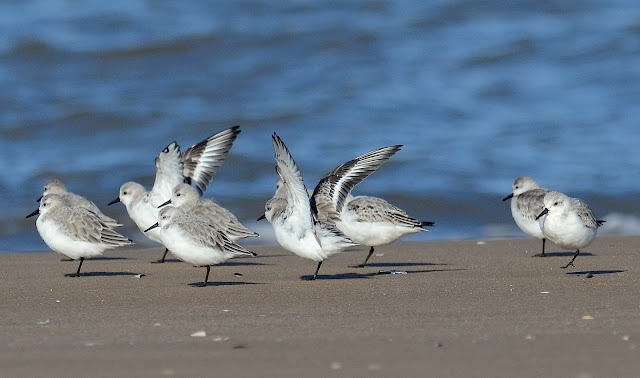 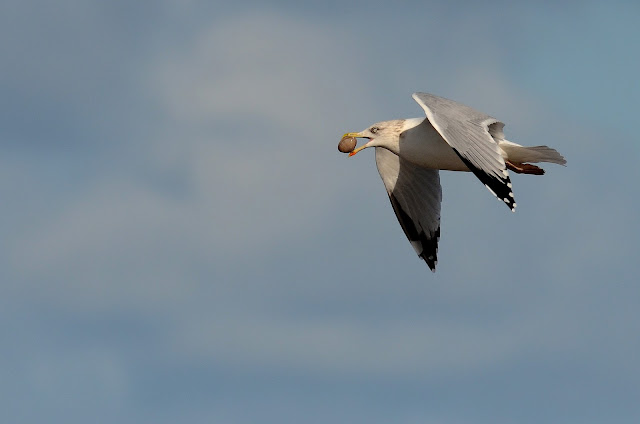 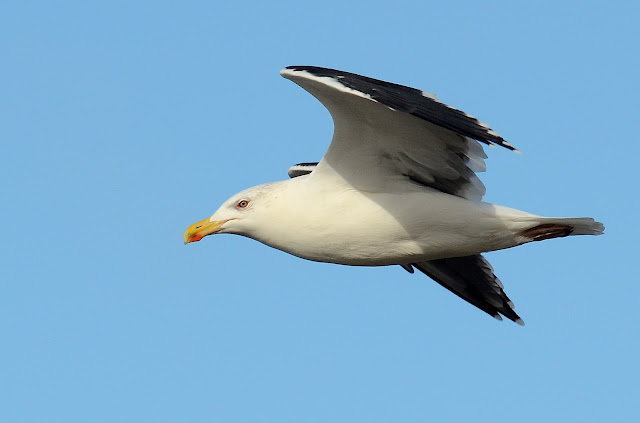 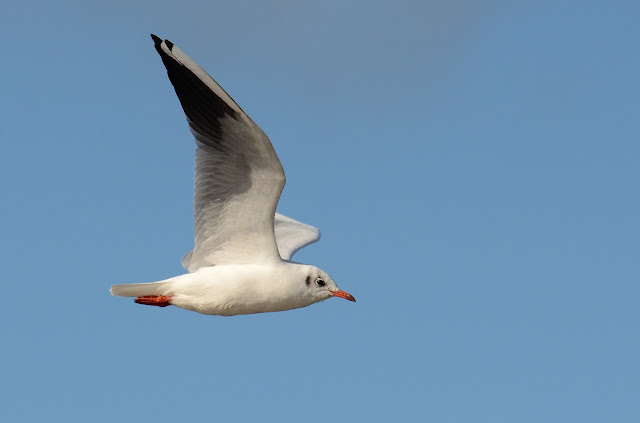 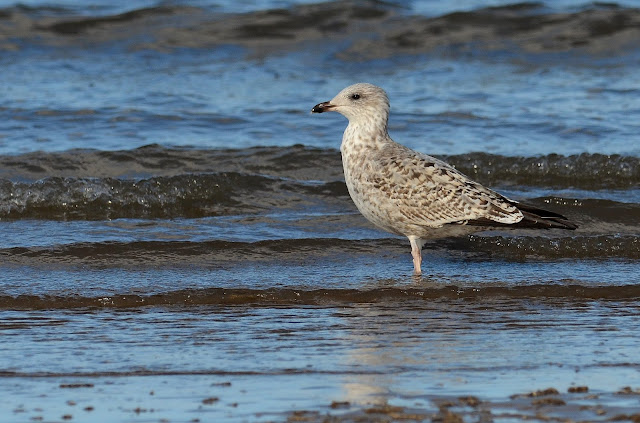 Posted by GeekTeacher at 21:12 No comments: