Everyone should have a Hobby


With the prospect of blue skies today and rain tomorrow, I went into Leigh at around 7:15am this morning to try for some Peregrine flight shots from our local birds. I must have arrived too late as the the two adults were sitting near the nest and didn't move for over an hour - the chicks had obviously been fed already. It's amazing how long birds of prey can sit for without moving much, so after an hour and half I gave up and went into town for some fuel.

On my way back I decided to have another quick look on the off chance that one of the birds might have gone hunting whilst I was away, hopefully to return with some prey. Nope, both adults were still in exactly the same place! However, about 15 minutes later I saw what I first thought was one of them in the air, so out came the camera. As I was taking shots I scanned the area and saw that the two adult Peregrines were still in the same place and so this was a third bird. 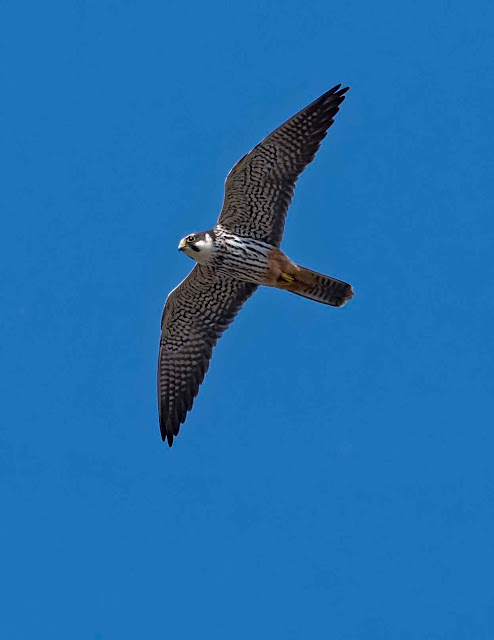 At first I thought it was another Peregrine, perhaps one of last year's young, but when I looked at my photos I saw the streaked breast and tell-tale red 'trousers' of a Hobby! I fully expected one of the Peregrines to see the Hobby off as it circled the nest area a couple of times before flying off. No calls, no movement, nothing - they didn't seem at all bothered.
Posted by GeekTeacher at 20:53 No comments:

I'm off on my first ever trip to the Uists in the Outer Hebrides very early tomorrow morning, and I haven't had time to post my last three trips, which were:

So I'll do this when I get back in a couple of week's time as well as my photos from the Uists.  But if you want to see the best of what I got from these three locations, head over to my 'Best of Geek' Flickr page where you'll find all the photos without the fuss!

Here's a taster of what's there: 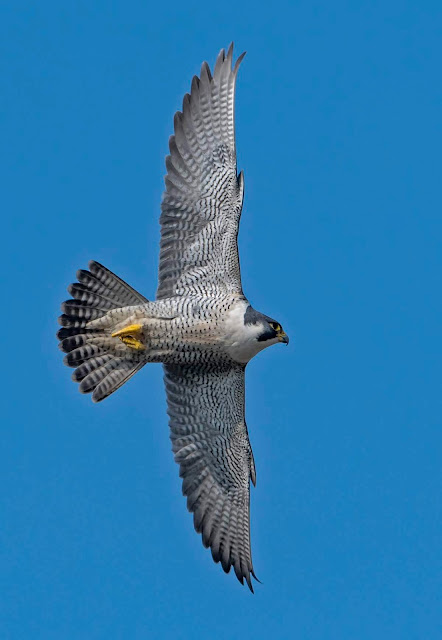 I'm so excited I don't think I'll be able to sleep tonight!