What a noise from a Corncrake in Hale, Merseyside - Lifer!

I took the chance of bagging a lifer on a sunny Sunday evening tonight. A singing male Corncrake had been seen in a paddock off Carr Lane in Hale, Cheshire. Note that this is the Hale near Merseyside not the one in Greater Manchester, which I know a few birders turned up at only to be disappointed! 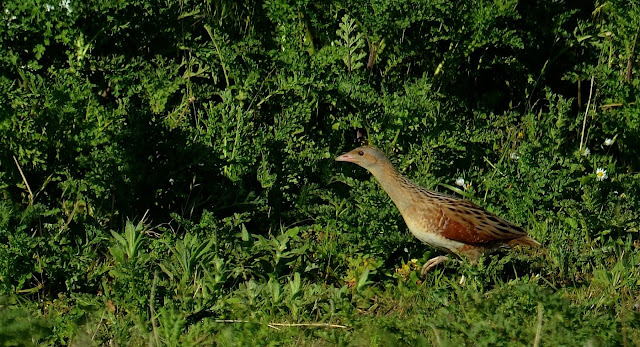 I was right on the bird as soon as I got there as there were several birders all looking in the same direction.  I took this video to record the marvellous sound of it singing.


The bird would disappear amongst the tall vegetation for periods of time and then reappear calling from somewhere else. Most of the time it was only visible from the neck upwards, but I did manage one shot of it out in the open. 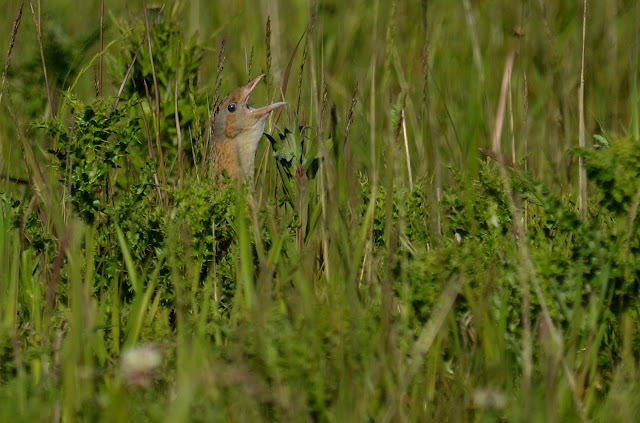 At one point it seemed to be getting very familiar with a red grouse that wandered across the paddock, but its advances were rejected. 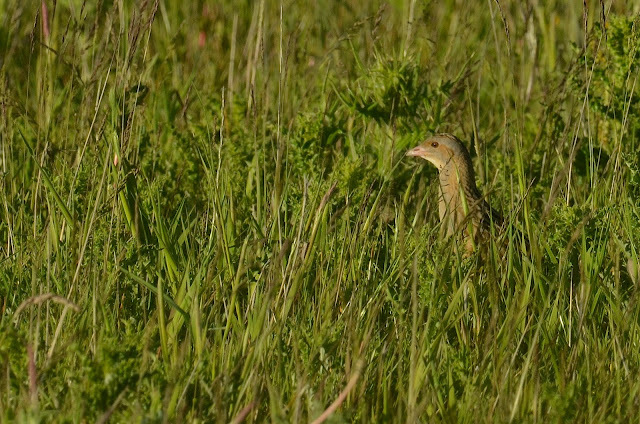 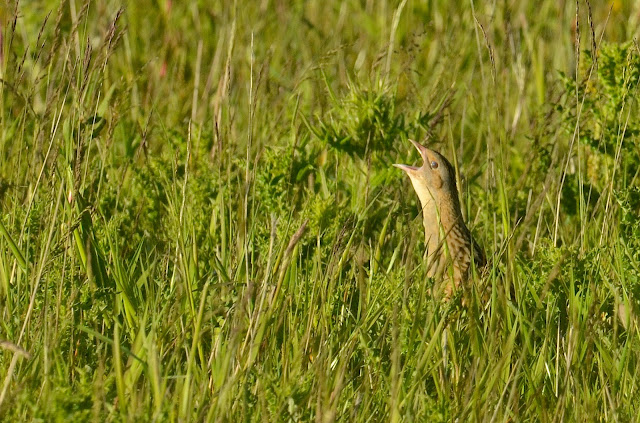 The rider to this story is that later in the week I was contacted by the Rare Bird Alert website who wanted permission to use my first photo (above) in Mark Golley's Weekly Birding Round-up email which is sent out free to subscribers.  Unfortunately they asked me the day before the deadline and for once I didn't read my emails that day. So when I sent them the photo with permission to use it, I didn't realise that the deadline had passed - oh well, you can't win them all!
Posted by GeekTeacher at 21:22 1 comment: