Here's a photo of my latest lifer - a Hume's Leaf Warbler taken a Bempton Cliffs RSPB. 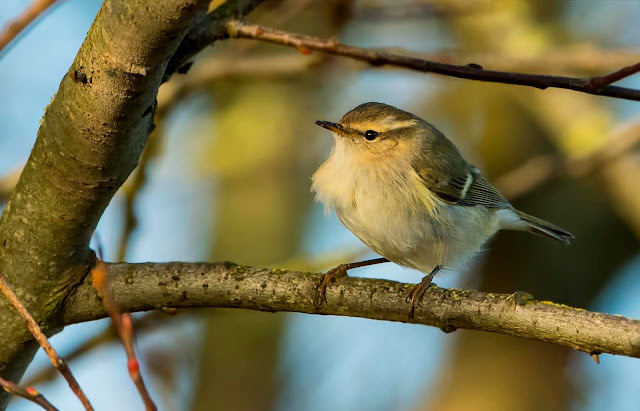 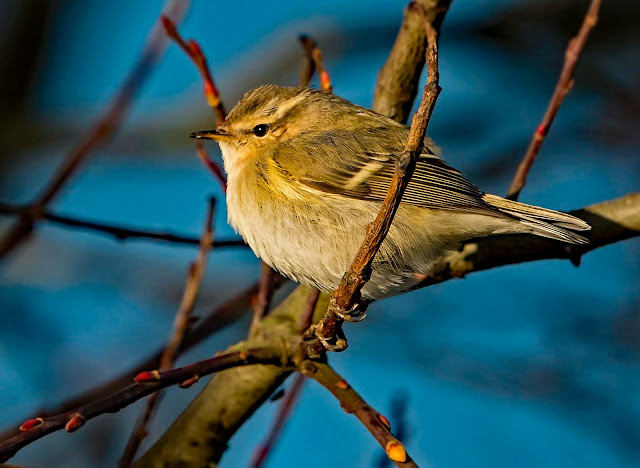 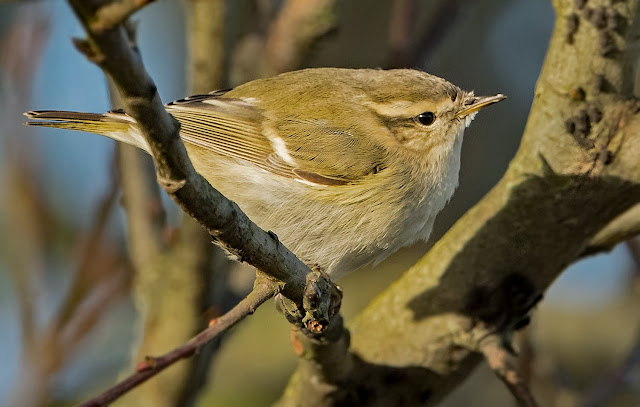 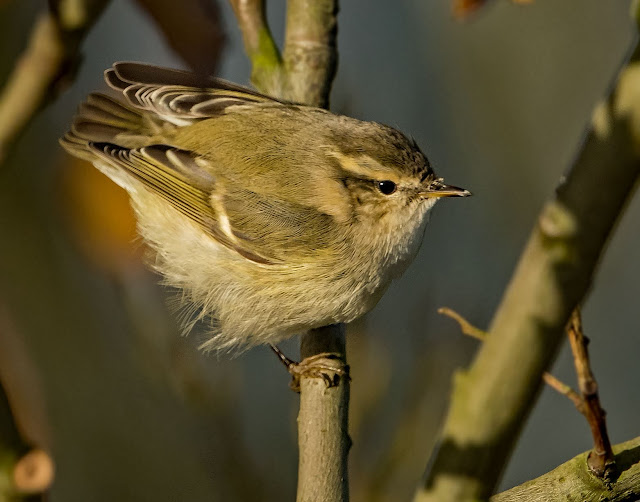 Posted by GeekTeacher at 23:22 No comments:

Three Blokes in a Transit 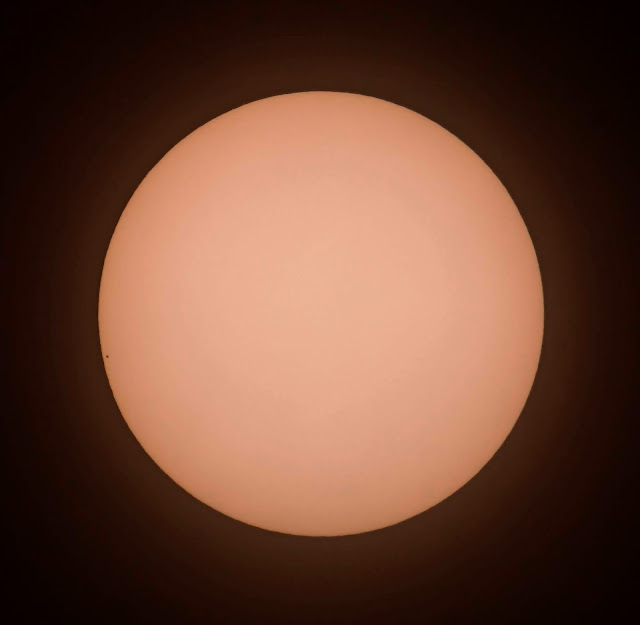 The start of the 'Transit of Mercury' as seen from Ty Mawr Country Park, Rhuabon near Wrexham in North Wales on Monday 11 November 2019.

This story starts with a little fun astronomy group (Leigh Astro Society) that we set up back in October when three of us visited a dark sky location in the Forest of Bowland in search of Andromeda. The founding members of the L.A.S. were Paul Richardson, George Pike and myself.  Following this meeting I set up a Facebook group and the online membership has now grown to seventeen people, with around five people regularly posting photos or useful information for the group. 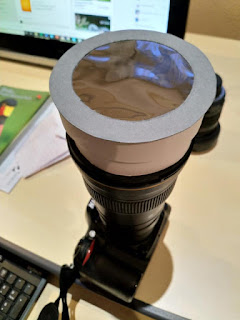 One of these posts concerned the approaching 'Transit of Mercury' which is a reasonably rare event and so some of us got interested in seeing and hopefully photographing it.

To do this we'd need solar filters for our 'scopes and camera lenses. Paul, who is the only true astronomer amongst us, had already made one previously for a telescope, which he then adapted to fit his camera.

I, on the other hand, am a compete novice to astrophotography and when I realised that Paul's filter wouldn't fit my camera so I couldn't borrow it, decided to make my own at the very last minute - two days before the transit in fact with one of those being a Sunday.

I'd left it too late for the required Baader AstroSolar Safety  Film to be delivered from an online source, and so after a frantic morning of phoning up every nearby camera and telescope shop without any luck, I decided I'd have to make the three-hour round trip to Rother Valley Optics near Sheffield to ensure that I got some in time.

Anyway, I did the trip, got the film and spent Sunday afternoon making two filters, one for my 500mm lens and the other for my 300mm lens just in case there were any issues.  I was reminded of the old Blue Peter programmes as I cut the required shapes out of card and then used double-sided tape and sticky-backed plastic to fix them together. It was tight making two filters out of a single piece of A4 film, but at nearly £20 a sheet I wasn't going to waste any of it! 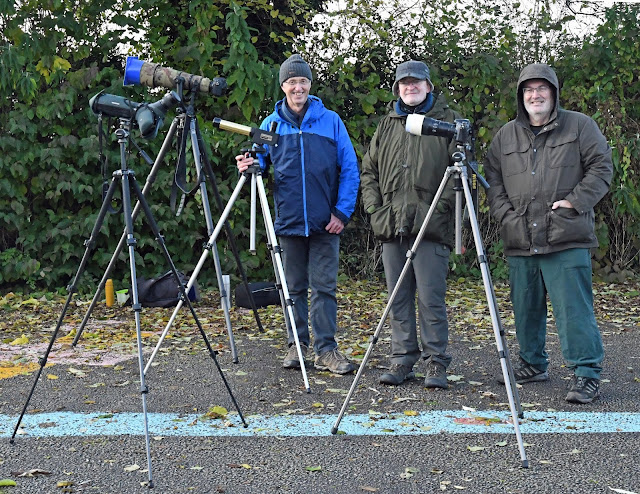 Filters made, it was time to decide where we'd be going to get the best chance of seeing the sun.  The weather forecast wasn't good with a front bringing cloud and rain over the North West during the day.  Paul decided that North Wales would be the best place to try, with a couple of possible locations in mind, the first being Ty Mawr Country Park in Rhuabon near Wrexham. We turned up at George's house at 10am and by 10:15am we were on our way with George driving - well he had said he'd be willing to drive up to 50 miles to see the Transit and that was going to be more or less right. 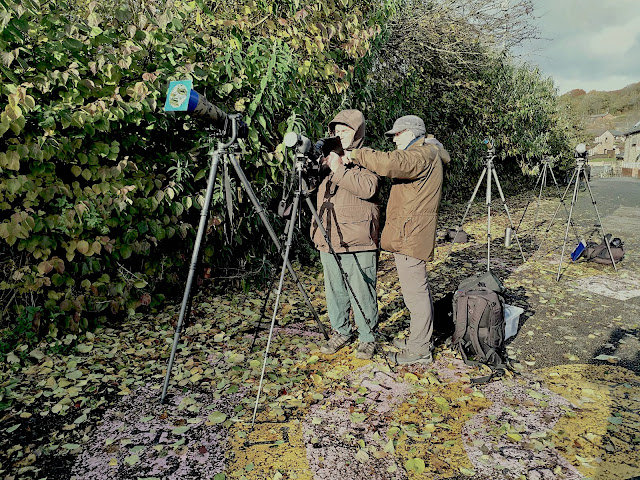 One of the first photos I took of Mercury; 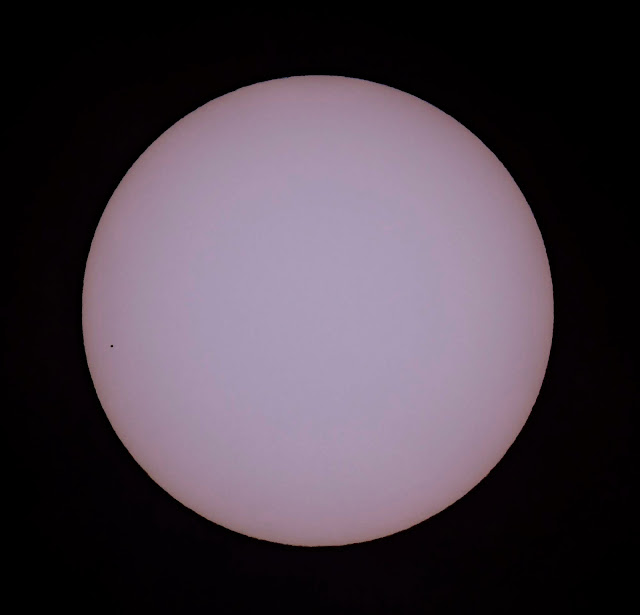 The small black speck on the left side of the sun isn't dust but the planet Mercury, which only passes in front of the sun every 15 years or so. Mercury is 57.91 million km away compared to the sun's 149.6 million km, so it's nearer to the Earth than the sun. It's also only 38% of the Earth's size. 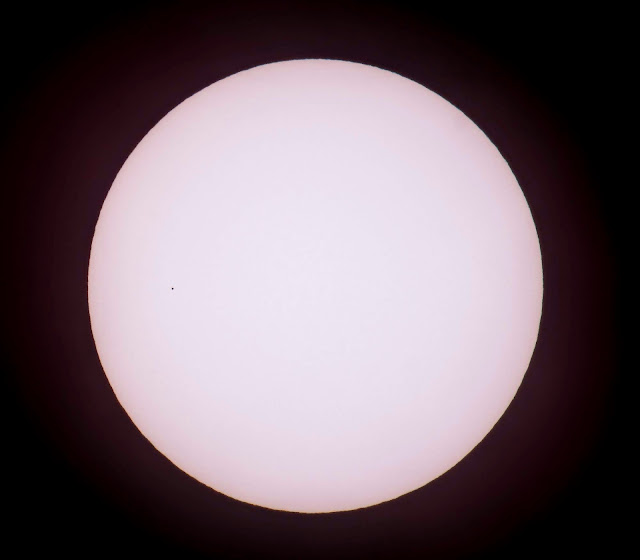 It's so small that you'll need to view these fullscreen and it can't be seen with the naked eye. You must never look at the sun through bins or scopes unless you have a special solar filter which cuts out 99.99% of the light and radiation. 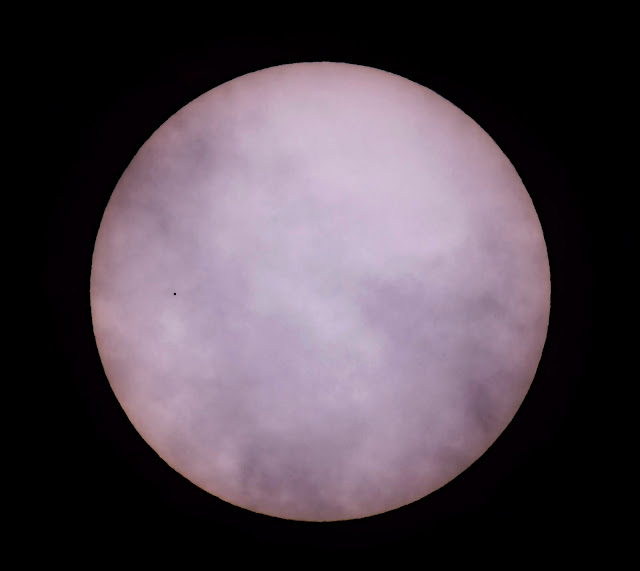 The actual colour of the sun is white but I increased the white balance in the first shot to make it the more familiar orange colour we see, which is caused by our atmosphere scattering the light. 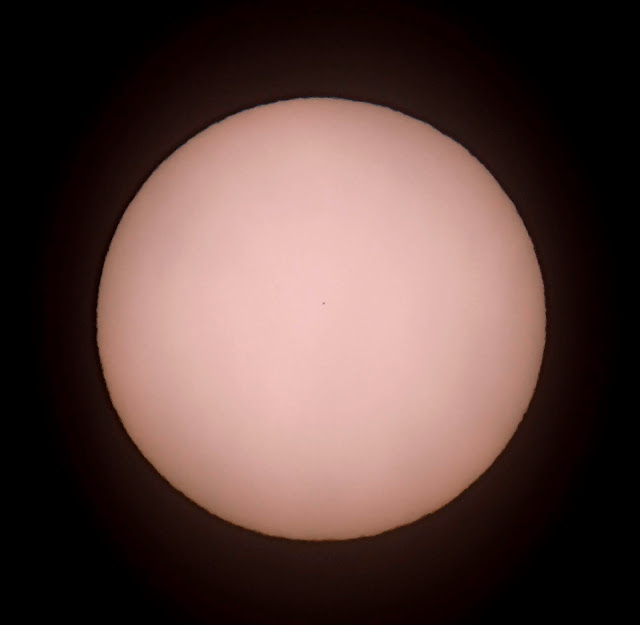 It definitely seemed to become more orange as it descended below the hills. 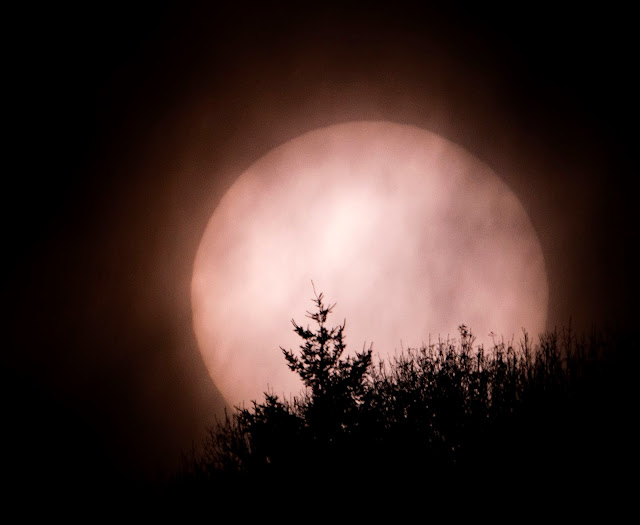 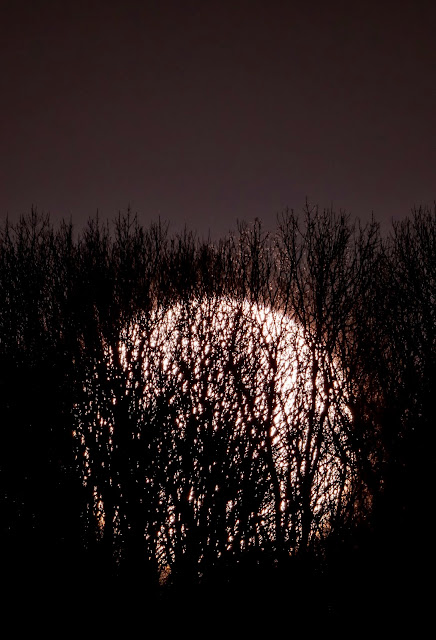 The founding members of the Leigh Astro Society. 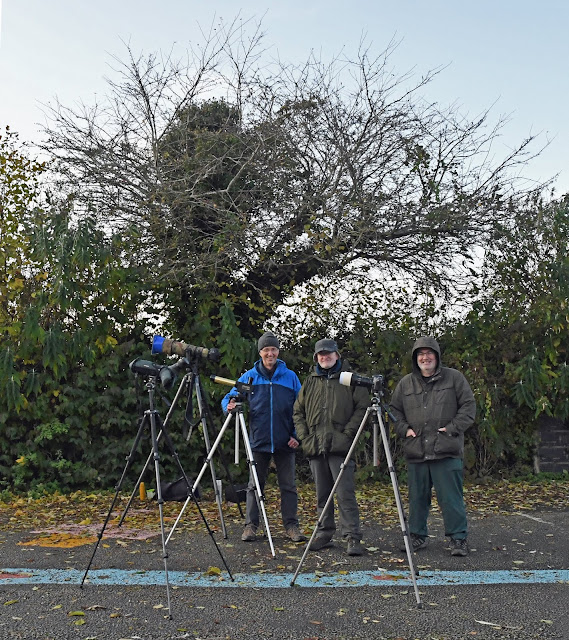 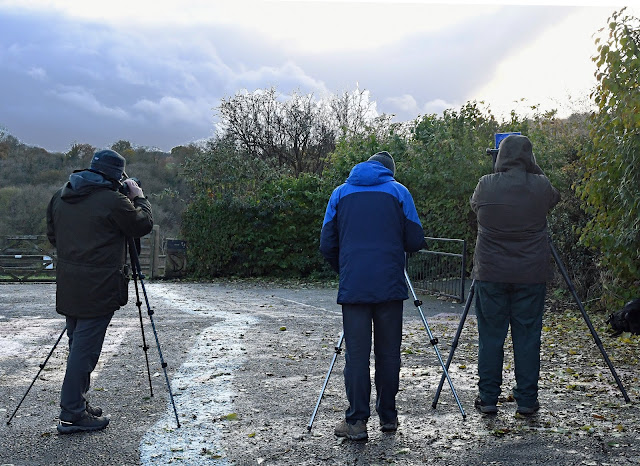 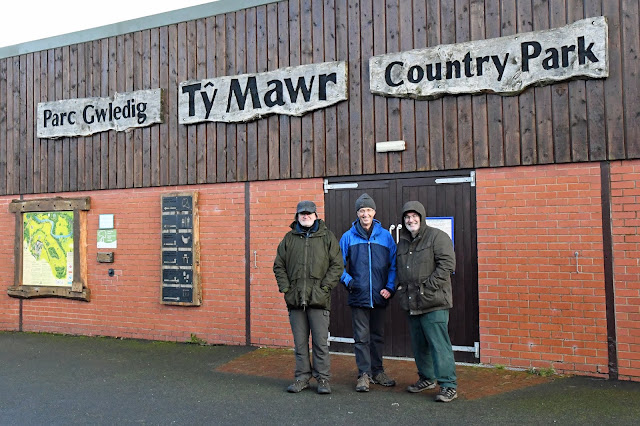