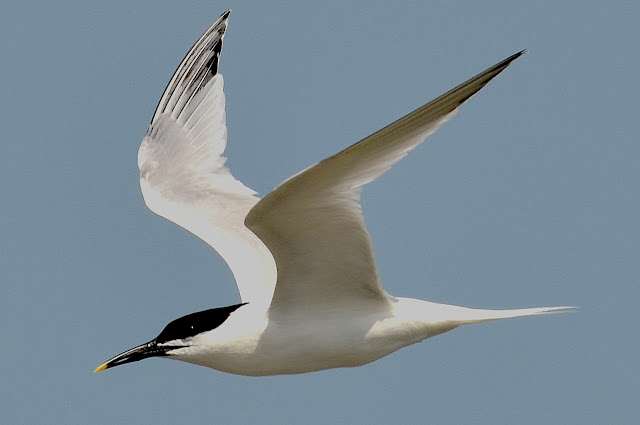 I'd been promising myself a trip to see the Sandwich Tern colony at Cemlyn Bay on Anglesey all this year and, with my holiday to France looming ever closer, I decided it was now or never.  If I left it until I came back in the first week of August, the Terns would probably have left and it would be too late. 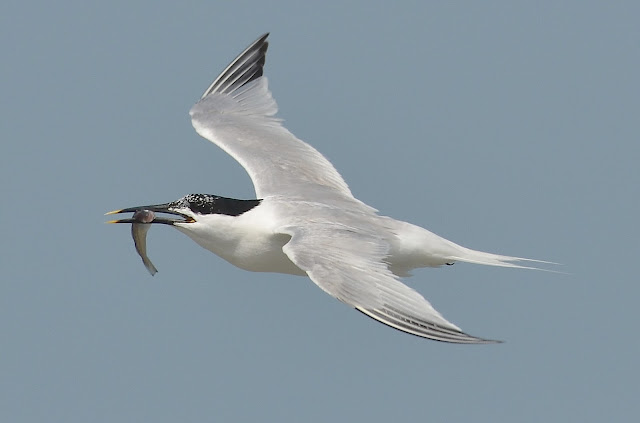 This current post is just a placeholder with some taster photos for what will be a slightly longer report when I get round to selecting and editing the hundreds of photos I took at Cemlyn Bay and South Stack Lighthouse on Anglesey and late in the day on the Conwy Estuary in North Wales. 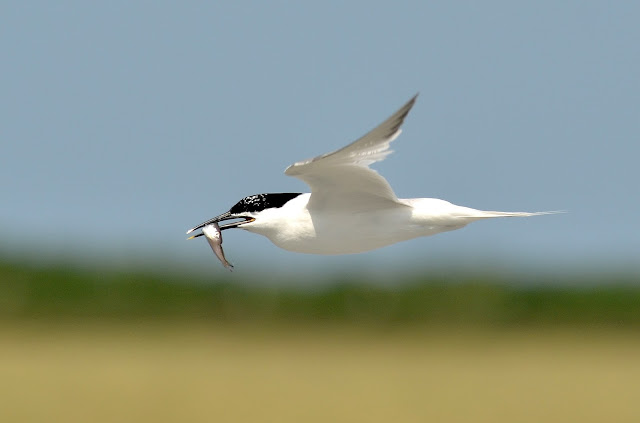 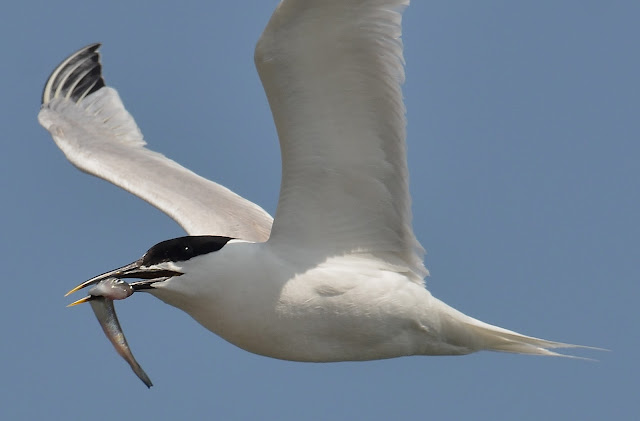 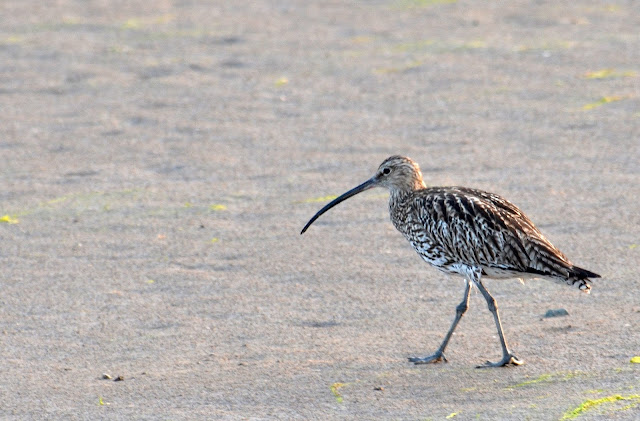 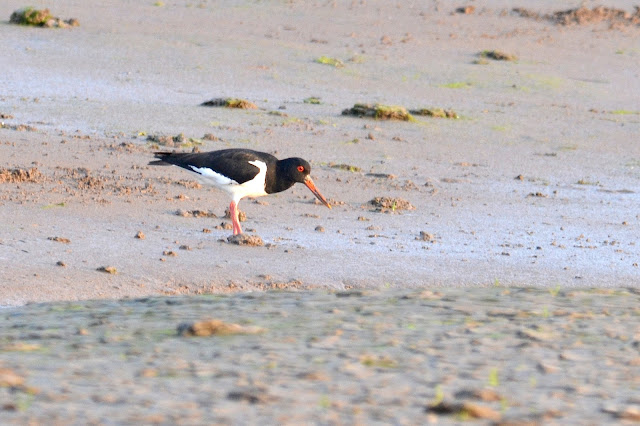 Posted by GeekTeacher at 23:14 No comments:

My One and Only Hobby Sighting This Year 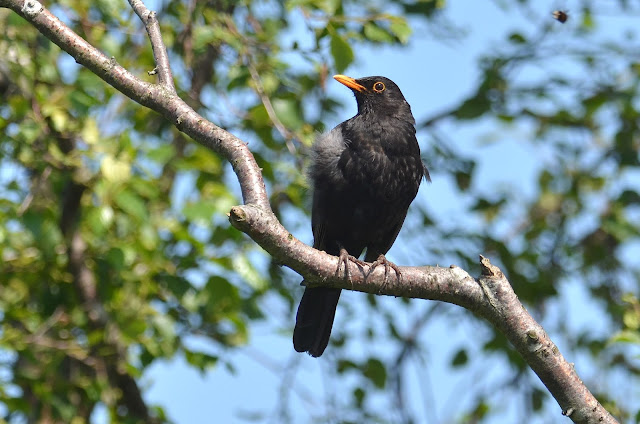 The Peregrines weren't really playing out today and so I spent more time taking shots of other birds in the area such as this Blackbird, a Chaffinch and a Wren. 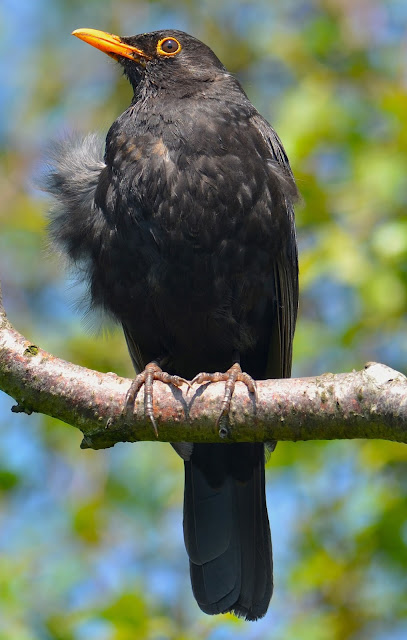 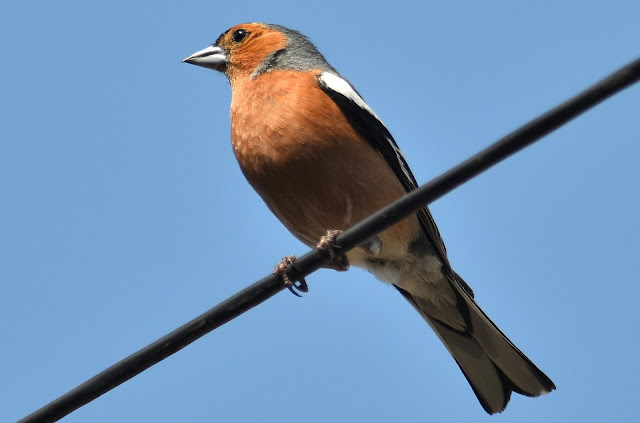 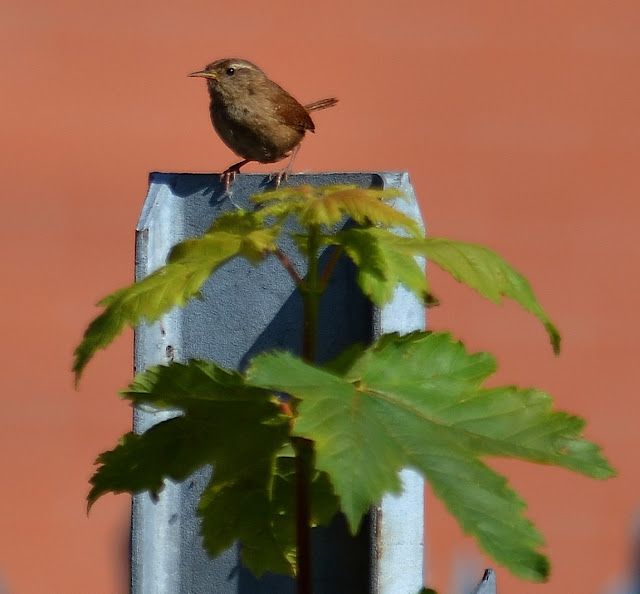 Before leaving I did manage to get one shot of the Peregrine though: 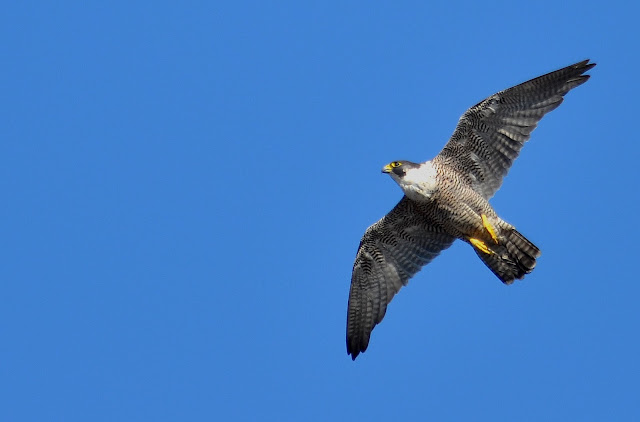 I decided to go the long way home from Leigh via the East Lancs Road in the hope that I might pick up a Kestrel or Buzzard over the fields.  I wasn't to be disappointed as I soon saw a Kestrel hovering and so I pulled into a layby to get some shots. However, I had only just got out of the car when I chanced upon this Brown Hare scurrying across the grass.  It briefly stopped for a snapshot before disappearing under a hedge. 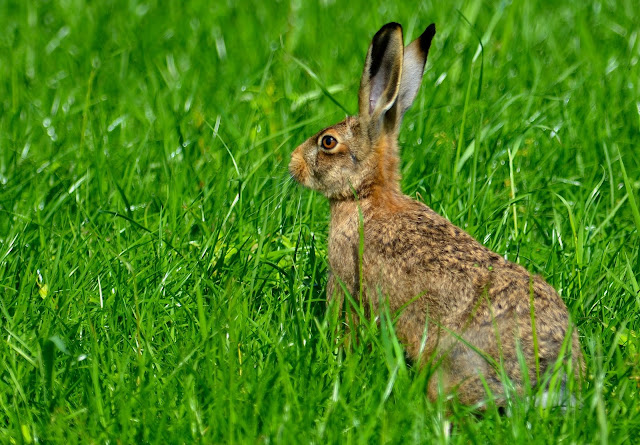 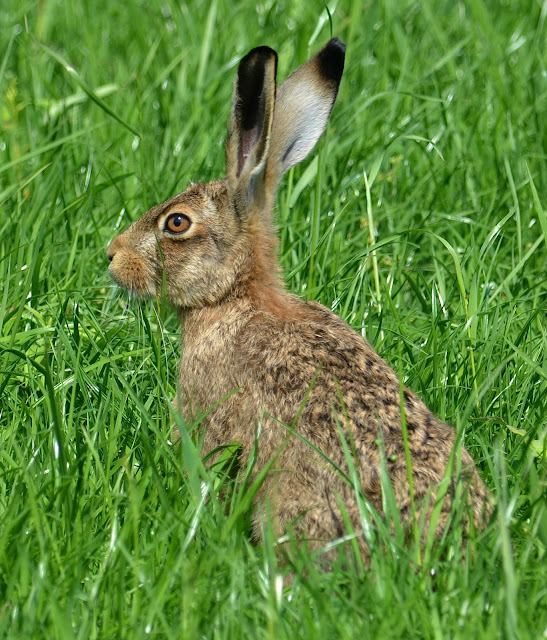 Meanwhile the Kestrel had landed on a lamppost about a hundred metres away and was peering down into the fields looking for lunch.  As I approached, it took off and again landed on a lamppost another hundred metres or so down the road. As I made my way once again towards the Kestrel something flying over the fields caught I my eye and so I fired off a few shots - I was very pleased to discover it was a Hobby, my first and only sighting this year. 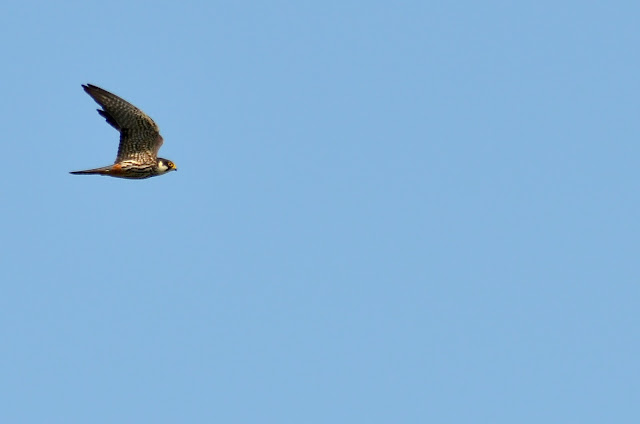 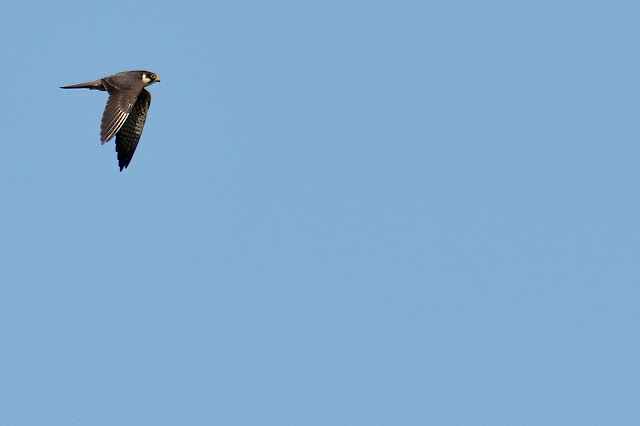 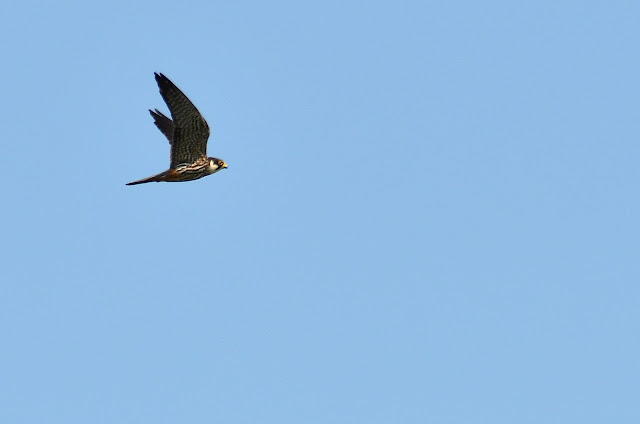 It was a little distant for a really good shot, but I am quite pleased to have got these shots as I don't see Hobbies very often.

The Kestrel was playing fair however, and after a while it was clear that I wouldn't be able to get close today.  Here's the best of what I got: 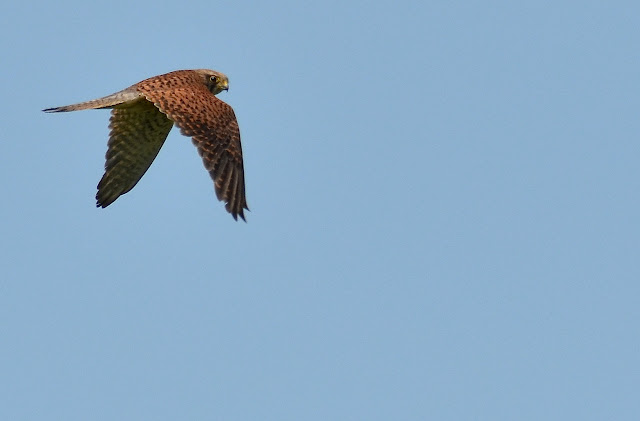 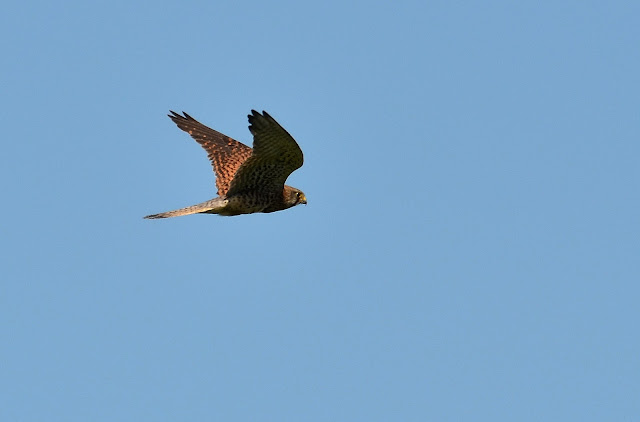 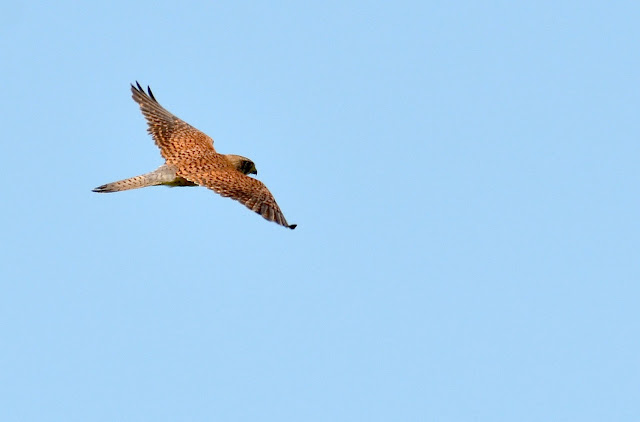 Posted by GeekTeacher at 14:05 No comments:

Swallows on a Culcheth Farm 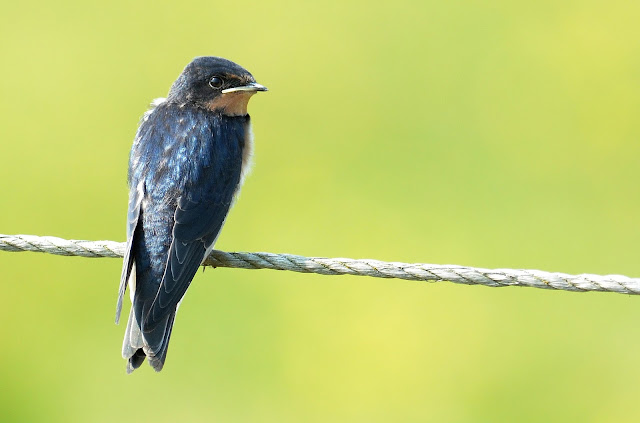 Whilst I've been watching the Peregrines in Leigh I've met quite a few people, some of whom are just passers-by walking their dogs, some locals with a keen interest and some birders.  Of the birders, I got talking to two Steves(!)  and they kindly invited me to go to a local farm one day to help put up some nest boxes in a nearby wood and also get some close views of nesting Swallows. As one of the Steve's is a keen photographer too, so I was in with a chance of getting some photos too. 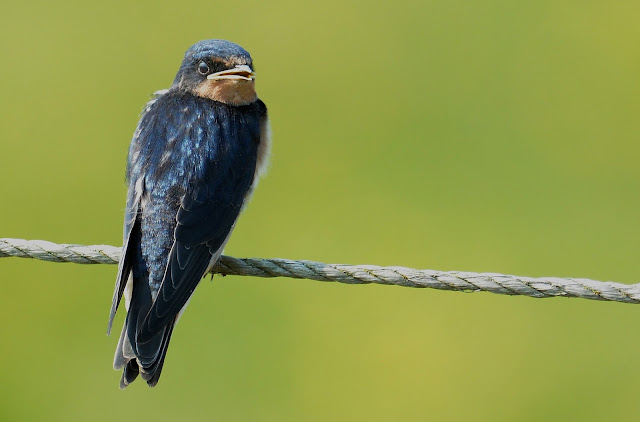 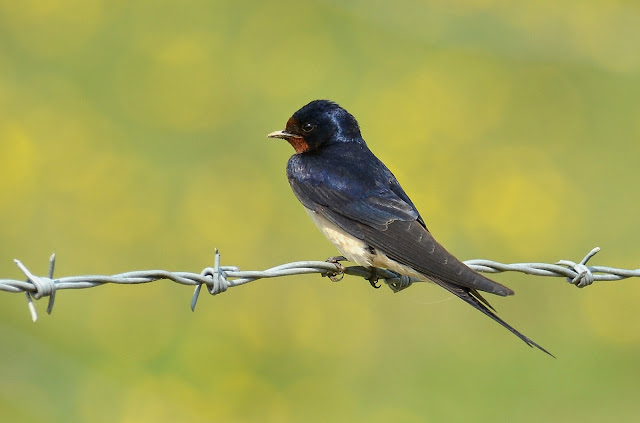 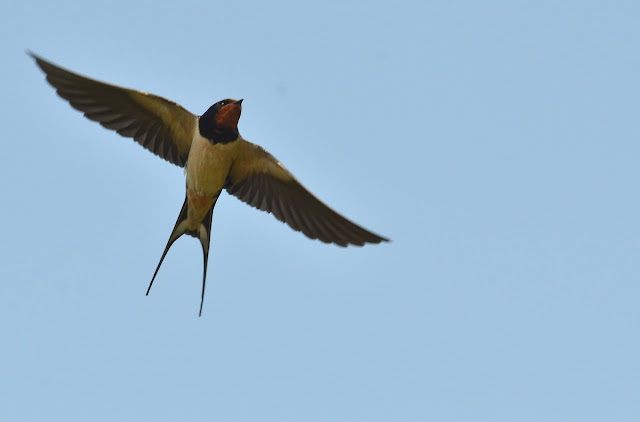 That day was today and after a walk round the small wood and putting up several of Steve's excellent home made nest boxes, we went back to the farm to look at the Swallow nests.  This was the first time I'd ever tried this and with the nests being in the dark and the birds moving so fast, it was quite challenging to get any decent photos at all.  Here's the best of what I got: 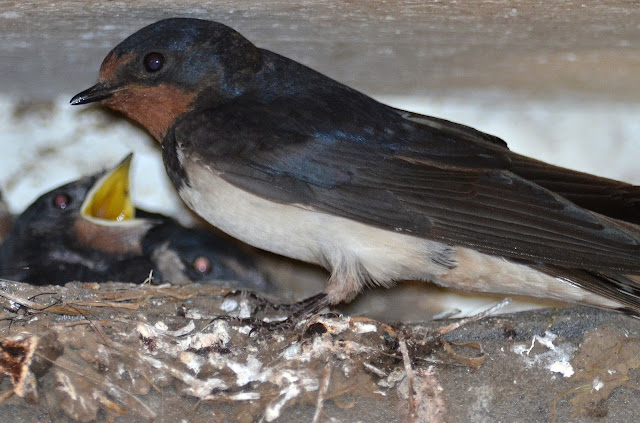 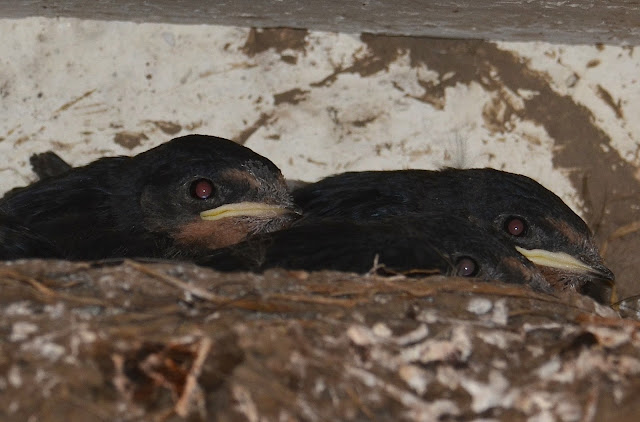 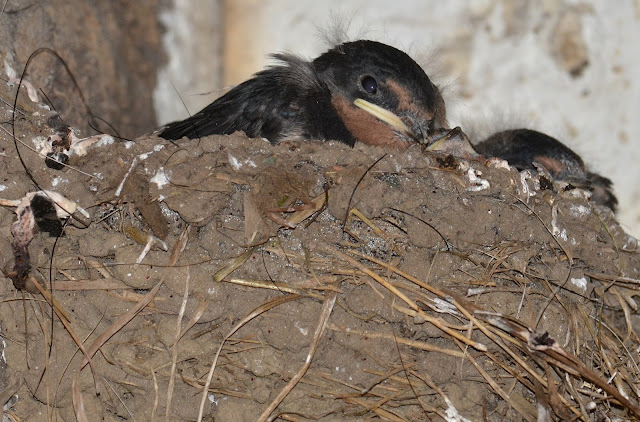 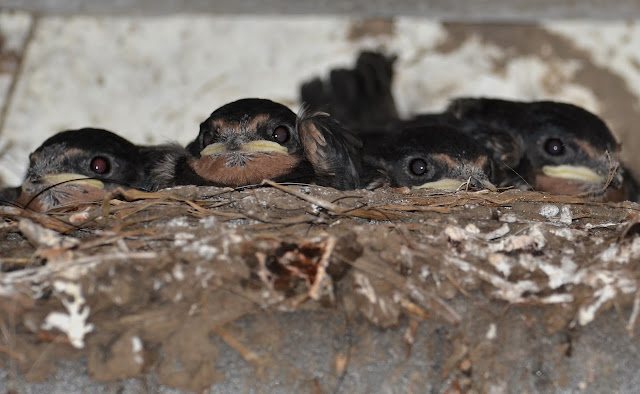 Posted by GeekTeacher at 21:28 No comments: